Another quiet week, but finished with a quick change of gear ........basing frenzy time!!!!

In my world completing a wargames  unit is not unlike waiting for a bus; nothing, then several come along together! Same with my production line approach, as routinely I end up with two or three new units finished at more or less the same time. It also helps when my mate Barry comes up trumps and sends me a boxful of newly painted Late Roman figures (or whatever is next in the production line) for me to base up. 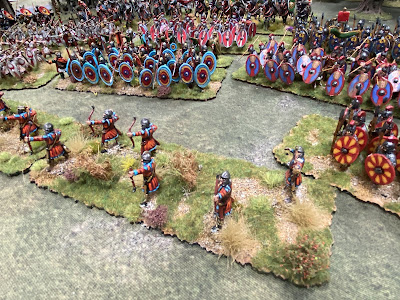 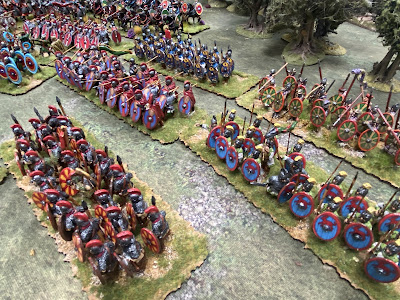 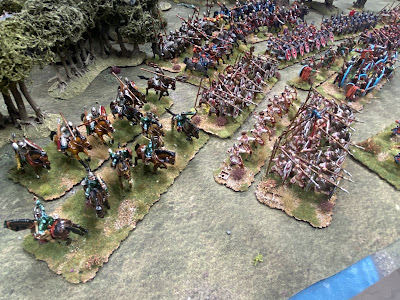 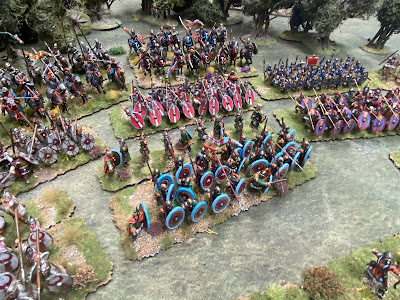 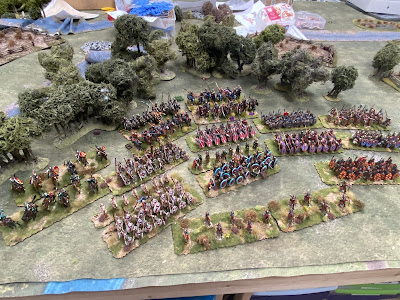 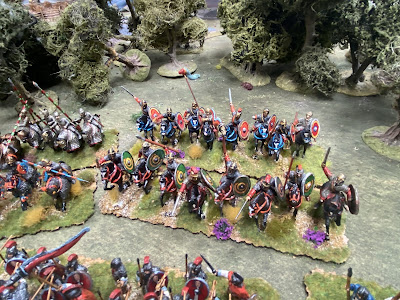 I am in the middle of some commanders, light infantry, more cavalry of all types, and some bolt throwers. A fair chunk left to do though but there’s no rush.

On the war gaming front, I’ve taken part in a couple of enjoyable virtual ACW ironclad and 1/72 plastic WSS games over the past couple of weeks and I still attend the weekly Zoom meeting of the Worldwide Virtual Wargames Group when I can.

I really must host a game next weekend.