I was invited to the club in Durham to take part in a refight of the Battle of Lutzen on Saturday. Mike, the organiser, has two tremendous armies in 1/72nd scale plastic, mainly Revel I think with possibly some Zvezda and Hat figures as well. Six of us plus Mike took part in the battle. The commanders were allocated prior to the game, so I ended up being Gustavus, supported by Neil  and John H as Knyphausen and Bernard respectively. Conrad was Wallenstein with Richard as Holk and John the Red as Pappenheim.  The battle was fought in mist/fog so visibility was an issue as it could be misty one turn then clear the next. Frustrating but good as in the first couple of turns the weather prevented the Imperial cannon from hitting our advancing troops.

As usual the photos will tell the story of how the game unfolded. 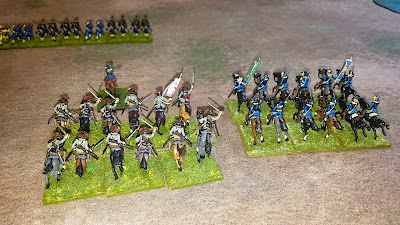 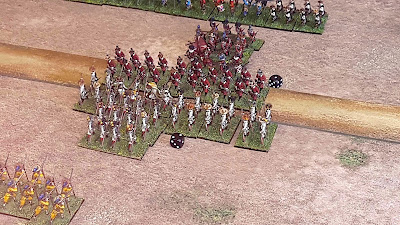 That was the end of the game. It was highly enjoyable and entertaining too. I was worn out but the brunt of the fighting was in the centre (Neil) and poor John (Bernard) had been on the back foot since turn 1. We, the Swedes that is, let ourselves be drawn too much into the centre when we ought to have drifted further to the left to take the redoubt. Ah well, the fog of war and all that. Thanks to Mike for inviting me, John the Red for giving me a lift and everyone else for a perfect and well played Saturday game, playing the period and not the rules.

Mike's collection of 1/72nd figures is impressive. Awesome even. I look forward to another game soon so the Swedes can get their revenge.