The Venetian-Ottoman Wars - A Wargame

The next game (tomorrow) at The Burrow is to be one set 'somewhere in the Balkans'. The 5th Venetian-Ottoman war ran from 1645-1669 and the 6th from 1684-1699, so this game appears to be taking place sometime between the two wars, a possible border incident (5.5) that never made it to the pages of history. Anyone wishing to find out more can click here . The game is very much an excuse to get my Ottomans on the table. I picked them up en masse a couple of years ago and have done nothing with them, so after the game and before they return to barracks they will be rebased, flagged, touched up and varnished.

An Ottoman army has laid siege to the Venetian-held coastal town of Prebranac (i) in an effort to entice a combined hodge-podge of Venetian, Savoyard, Papal, Imperial, Hanoverian, Bavarian and Saxon force to intervene, thus precipitating another war. This army is under the command of the veteran Celle/Hanoverian General Otto Wilhelm von Konigsmark (uncle of the character Count Phillip Konigsmark, played by Stewart Grainger in the 1948 movie 'Saraband for Dead Lovers' who  may have fled to join him after his affair with Sofia Dorothea, wife of the Elector George Louis, later George I of England). 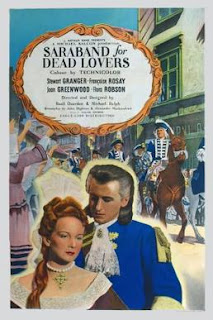 The Ottoman main army has intercepted the Allied fruit cocktail of an army near the village of Prdusa Vela(ii) and church of Saint Agetha (iii). The Allies must drive through the Ottomans in order to relieve the town. Not a big ask really but a vital one as the town must not be lost.

The Army of the Venetian Republic (and others)

Army of the Sublime Porte

Based on information from the Ottoman chief intelligencier Rumor Haçit Pasha,  the Governor has despatched the hoards of Azabs, Wallachians and Delli light horse that normally accompany the army on a mission to intercept the Allied supply train which is half a day's march behind the main body.