I bought these figures for a very reasonable second hand price off my mate Charles Singleton at Hammerhead 2020. Another mate, heroic Barry, agreed to paint them for me as the thought of tackling over 200 figures myself when I already had a bunch of other stuff to do made me feel ill.

Anyway, here are the finished figures, painted by Barry, based by me and flags by Pete's flags. I still need to touch up the edges of most of the flags before they all go in the box, which I plan to do tomorrow. This has been very much a joint effort and I'm really pleased with the outcome. 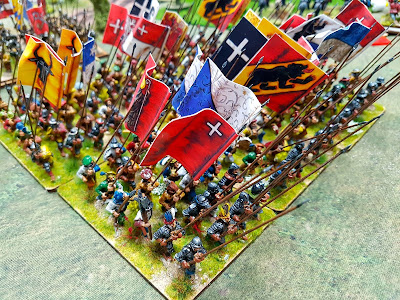 There are currently three pike blocks, each with 48 pike and 16 halberdiers. The pikes are 24 to a single base, two of which will make up a a very large unit. 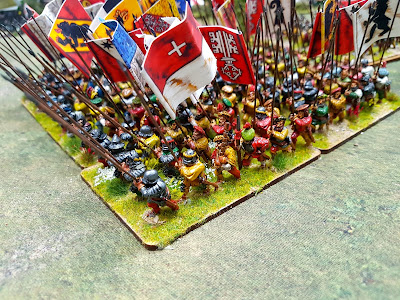 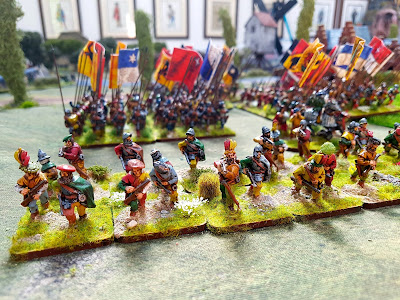 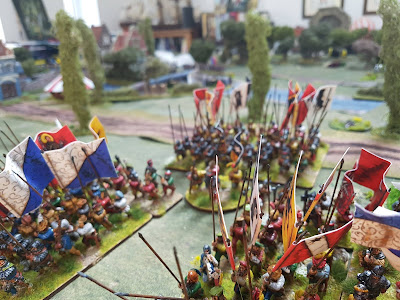 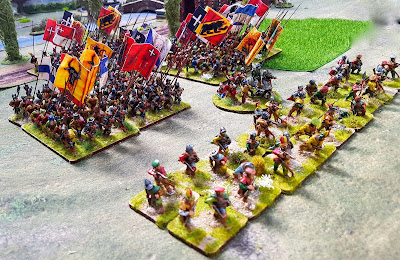 To screen the pikes I have 36 handgunner skirmishers, 12 for each block. 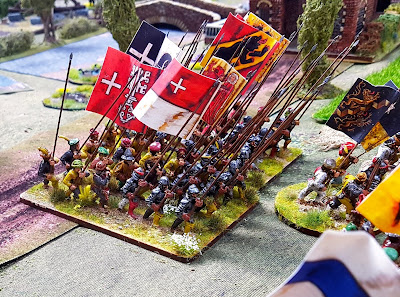 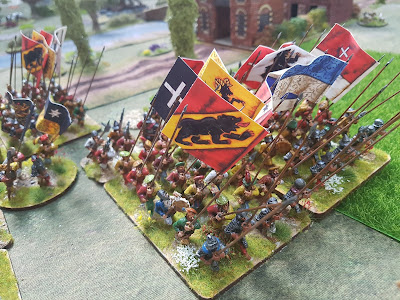 I really should give some thought to a set of rules. Pike and Shotte would do as a default set, heavily fiddled with, and I mean to give Furioso a try as well as another self-published set given to me by yet another mate Tim.
By Colin Ashton - June 27, 2020