Well, I’m sure no one who reads this blog won’t know that tomorrow is the anniversary of the Battle of Waterloo. So, assuming the technology holds up I am hosting a game with ‘The Burrowers’ via Skype. 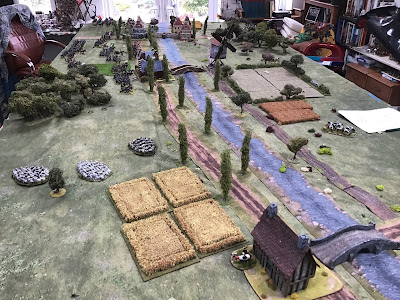 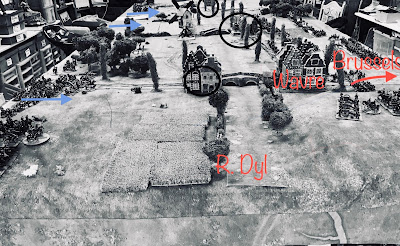 Now, I don’t own any suitable, or even any, Napoleonic figures (I own one, the old Foundry Napoleon crossing the Alps model). Nor do I own such iconic terrain pieces as Hougomont and La Haye Saint, which thinking ahead also rules out the 1794 Battle of Mont St Jean fought over the same ground. I know, I’ll refight the Battle of Wavre instead. I still don’t have any suitable figures and as I’m giving the French Revolution a little rest while there is a proverbial lull before the storm in the campaign, in one of my many moments of madness thought “why not set it in the Franco-Prussian War instead?” And why not indeed?

The French will be attacking, and outnumber the Prussians by around 2:1. Many of the Prussians are Landwehr (enter my unwilling German allied units). Hopefully it will be entertaining. It will certainly be different.
By Colin Ashton - June 17, 2020