Some Italians (with choirboys)

Two different lots of figures linked solely by the fact that they are Italian.

First up is my second Carraccio for my Italian Wars project. This one belongs to Florence. The model and some of the attendants are Perry, the choir are from Westwind and there are a couple of Mirliton and Foundry figures in there as well. The decals are off Magister Militum and the banner is a paper Florentine one I had spare in my flag collection. 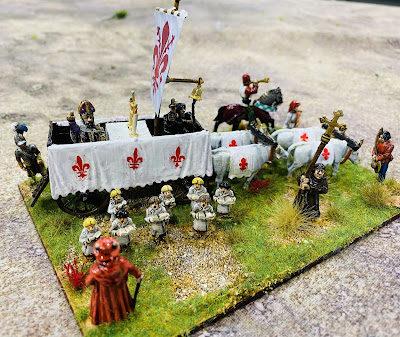 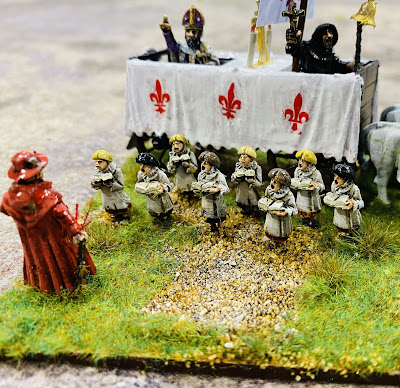 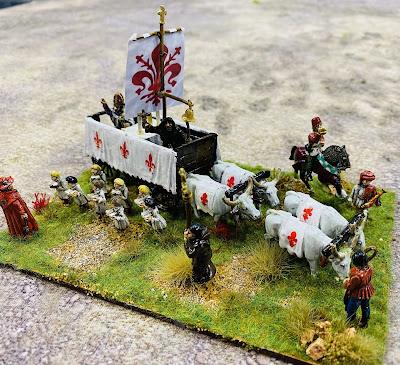 Next, a unit I bought and painted maybe six or seven years ago but only based this week. It’s a battalion of Piedmontese Bersaglieri from Mirliton Miniatures. I think at one point I was going to do a Piedmontese corps to fight the Austrians in 1866, but these could just as easily be used for more or less any Italian Unification war and of course the Crimea. The wounded officer waving his men on from the ground and the two men catching another officer who has just been hit and has been bowled over backward are quite nice. 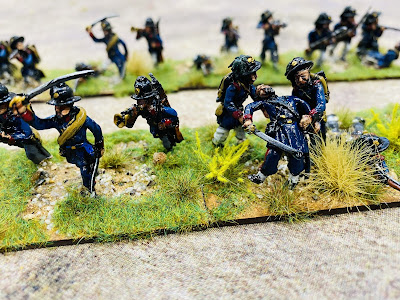 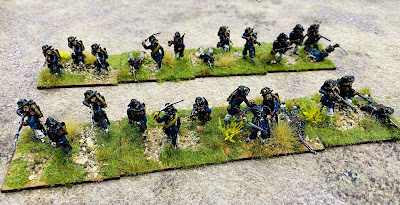 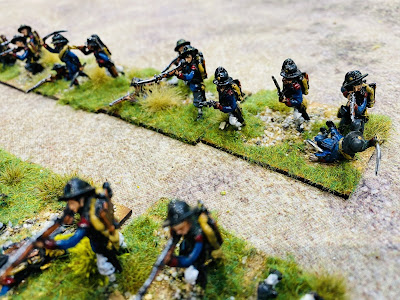