If one accepts the premiss that you can never have enough ......... [insert as applicable] then some time ago I purchased a few more seventeenth century Ottoman Turks to swell the army as I was a little short of infantry (honest dear!). They were nearly all painted for me by friend Barry last year, or probably even the year before, and then bunged into the abyss that is the space under my table and, while not quite forgotten about, were pushed to the back of my mind as I had newer projects on the go. Well, having got a little tired of Late Romans and Goths of late I decided to base up these errant Ottomans up so I can use them in a forthcoming game I have planned, and here they are. 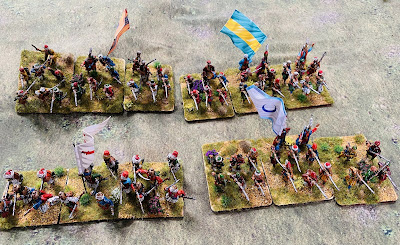 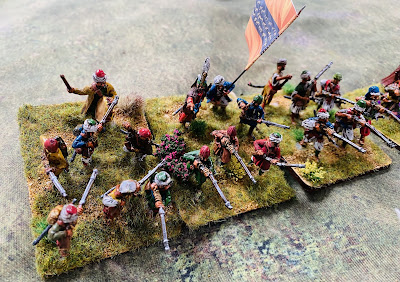 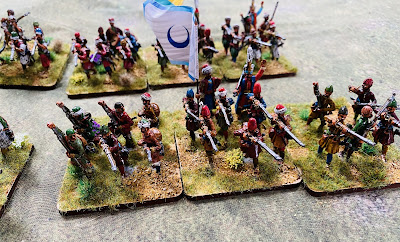 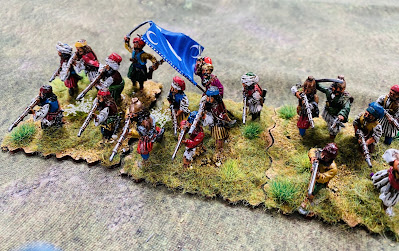 The Janissaries are from Warfare Miniatures and are in campaign dress rather than the fancy dress we normally see them attired in (not that I don't have and won't use the ones I have dressed that way of course). The irregular Balkan infantry are all from Steve Barber's fantastic but-needs-to-be-bigger Greek Wars of Independence range, being a mixture of various wild and savage Ottoman, Balkan and Greek figures. unsolicited plug here.

All the flags are from Warfare Miniatures - another unsolicited plug here

I expect great things of the Janissaries when they take the field, rather less great of the Balkan irregulars. We shall see.