More BEF. I’ll finish the bases and tidying up over the weekend when I have a basing frenzy but thought I’d do this post anyway to spur me on.
My BEF force is so fortunate (?) to have the 4th Btn of the Northumberland Fusiliers amongst its ranks. They were a TA battalion mounted on motorcycles, as were a couple of their sister battalions. There’s a fun Pathe video on YouTube of a battalion in France Forward the Light Brigade. 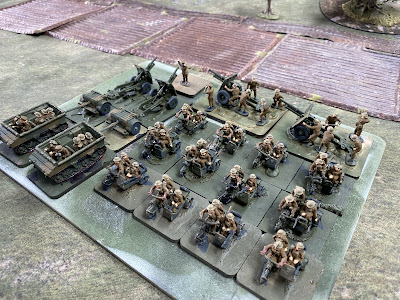 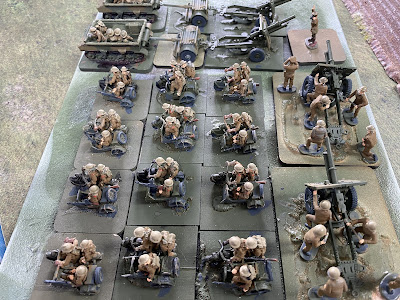 The artillery battery are equipped with 18/25pdr guns towed by old inter war still in use and obsolete Dragon tractors in the absence of enough more modern tows. I also need to give their lonely commander a couple of mates.

The motorcycles are either Early War Miniatures or SHQ. I only wanted four to make a company but have the entire battalion having ordered from both the aforementioned suppliers. There are enough bits in the box to allow for deployed and limbered versions of the guns.

The guns and limbers are from the PSC 25pdr box set and the Dragons are, if I remember correctly, Early War Miniatures. Everything is 1/72 scale.

I am really enjoying getting these done, although I can’t say I enjoyed actually sticking the m/c together! I must now knuckle down and finish off 6 and 8 Durham Light Infantry and the dismounted versions of the motorcyclists.

Game tomorrow, in a period we’ve not gamed for quite some time. I’m looking forward to it.