More Mayhem on the Helder - Same Battle but Different Rules

Paul and Conrad offered to come down for a game today (Tuesday 6 Sept) so I ran a very slightly modified (just the orders of battle) version of last week’s game, plus we’re were going to use Paul’s own set of rules for a change. It would be interesting to see if a changes in rules impacted on the outcome of the game.

I played the French while Conrad was the Anglo-Russian commander, a certain Duke of York.


I think it’s fair to say that the French centre was crushed albeit at a terrible price to the Guards. Our right had made some progress was the Russian infantry was largely intact if immobile.  Nevertheless the game was technically a French victory, of sorts.
Here are some more photos of the game just because I have them. Enjoy. 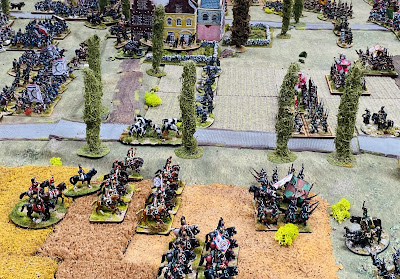 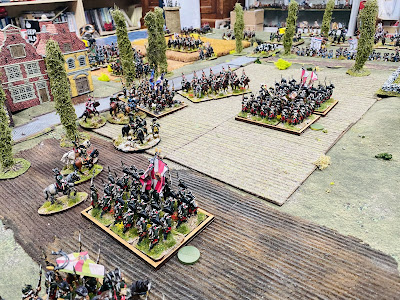 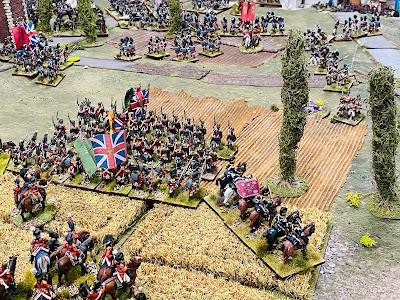 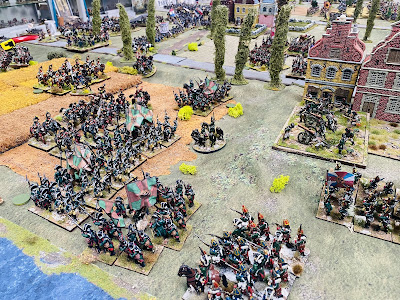 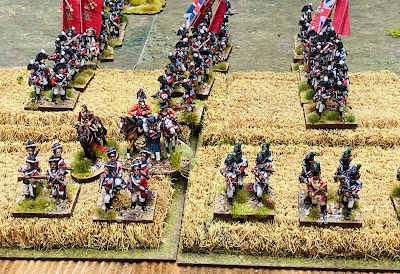 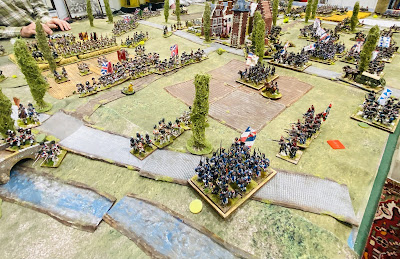 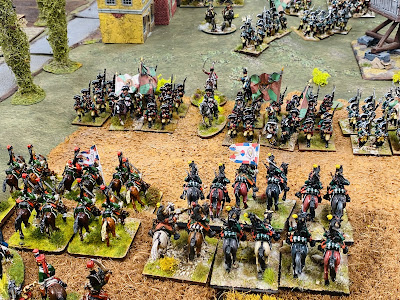 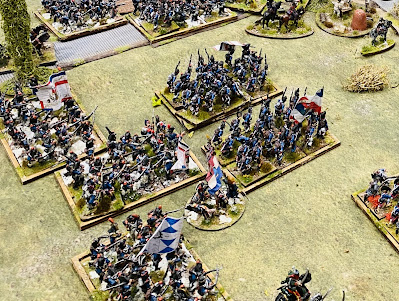 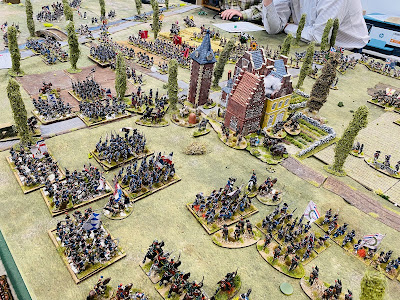 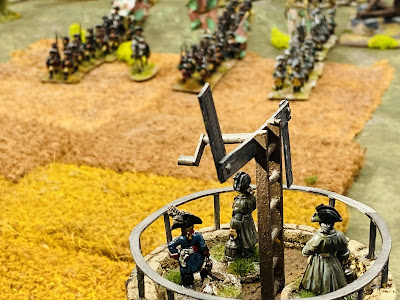 So, the outcome of the game was almost identical to the earlier version played using different rules a few days previously. What does that suggest? I guess that is the subject of a post all on its own. Anyway, both games were great fun, and I even got to play in the second one. The Guards were the stars of the show again, although the Russians were reliably stolid. Tremendous fun.