The last Saturday game played here at the Burrow was a couple of weeks ago, when Richard, Neil, Nigel and John came over for a late seventeenth century game set during the Franco-Dutch War 1672-1678. This particular set of armies is undoubtedly my favourite, purely for the colourful uniforms, flags and the fact that we don’t know as much about the war as we might like, thus allowing for a degree of fudging.

Richard and Nigel took the Dutch and Spanish while John amd Neil were the French. I umpired and sorted out the refreshments. Rules used were my own adaptation of Warlord’s Pike and Shot but with my own house rules and a sensible approach to classifying the various different troop types added. They work well enough for me, as we shall see.

The scenario placed the French intent on bringing reinforcements and supplies to their army besieging the Dutch-held town, of Neerbunkem, while the Dutch and Spanish (when they woke up from their siesta) were tasked with spoiling their plans. Objectives were to control the redoubt on the French right, the roads exiting the Dutch  table edge and the village. There was a further objective where the Dutch would win the game immediately if they captured Madame Fifi’s House of Delights, as here it was rumoured that the French Commander-in-chief the Duke of Orleans was enjoying (ehem!) the facilities.

The photos and accompanying narrative will hopefully give an idea of how the game developed. They may even be in the right order.


What follows are some rather random shots from the game. 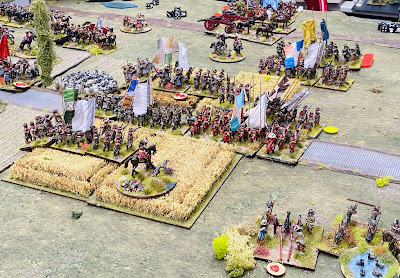 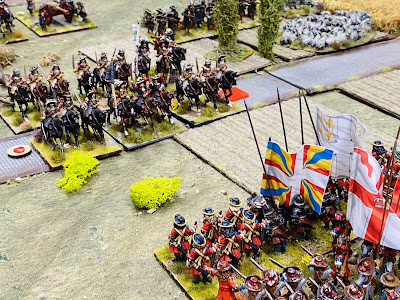 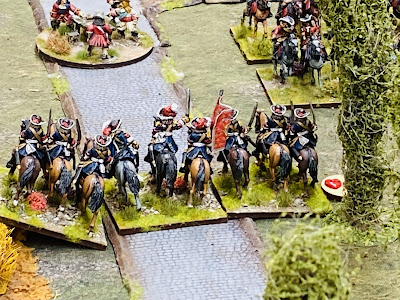 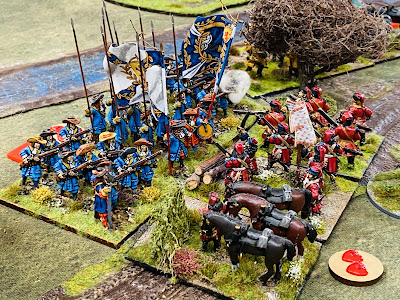 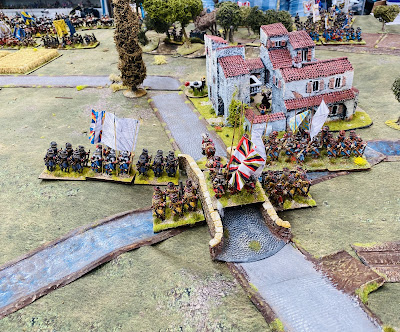 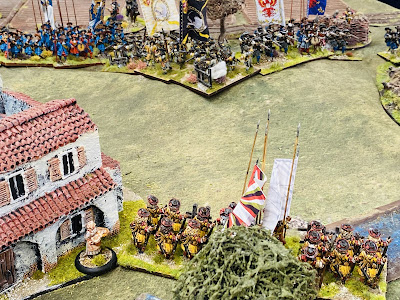 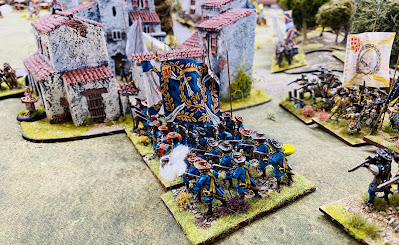 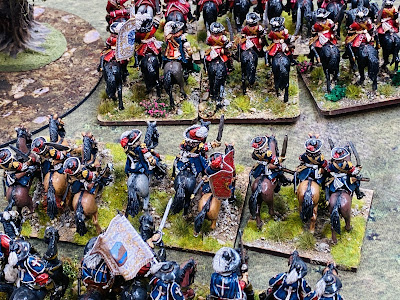 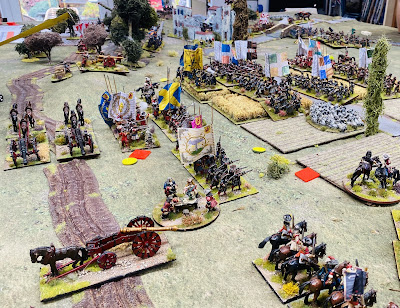 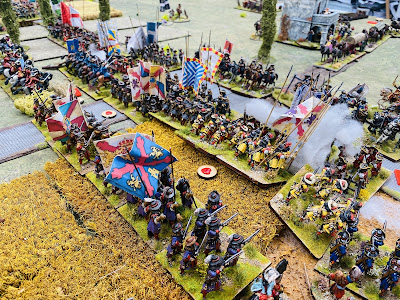 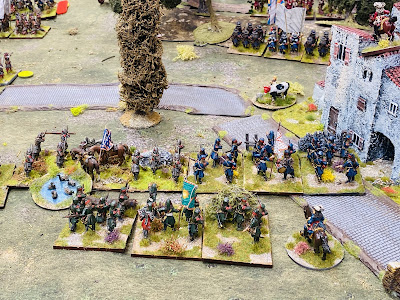 So there you have it. Swirling cavalry combat, numerous futile cavalry assaults on unbroken infantry . Some dreadful dice rolling. What’s not to like? It was a colourful and very enjoyable game that ran smoothly and quickly to a resolution of sorts, and at least the Dutch failed to capture Mme. Fifi’s Emporium of Delights.
By Colin Ashton - September 18, 2022