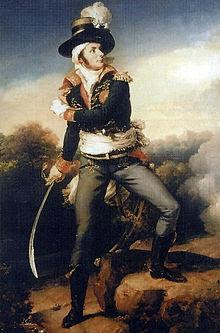 As mentioned in an earlier post, I thought I would kick off 2018 with a linked series of games framed around a totally fictitious and quite probably unlikely scenario set  around about the time of the real Catholic/Royalist uprisings that took place in the Vendee and Britanny starting in 1793. This is my back story so historical facts may, er .... definitely have been slightly twisted to fit in with it.....but not as bad as Mel Gibson might do! Place names are mainly real but many of the protagonists' names have in some cases been changed/made up. The emigre units are those that I have in my collection and include units that in reality operated under Dutch, Russian or Austrian command nowhere near this area of operations and in some cases weren't even raised in 1795. Similarly, not all the real allied commanders named in the narrative actually saw any action in Europe in 1795, but they could have. Does it matter? Non!

It is 1795. Unrest is again fermenting in the staunchly Catholic areas of western France, which have barely recovered from the  ‘terrors’ of the Revolution visited on the region at the close of the last uprising in 1793. The levee en masse and anti-church moves by the ‘government’ in Paris are still deeply resented. Many of the local provincial aristocrats and landowners are well liked and in their deeds and behaviour are a world apart from their counterparts typically seen in Paris before the revolution. Many of the local aristocrats and senior Royalist commanders are also dead, killed in action, died of wounds or executed by the Republicans in 1973.

In London Emigre leaders have approached His Majesty’s Government asking for help in launching an invasion in the region of the Loire estuary area in support of the soon-to-erupt uprising in the Vendee.   Several thousand French emigres are currently under arms in a significant number of regiments, all kicking their heels on the Isle of Wight and the Channel Islands, and anxious not to be sent to the West Indies, a death sentence even more likely than if they were to be captured by the despicable Jacobins as a result of any failed European venture. HMG agreed to supply and transport the emigre army to France. 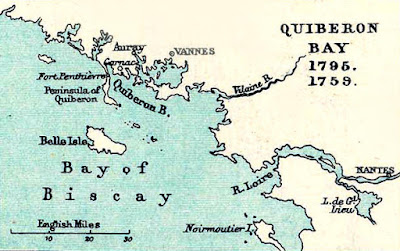 A British expeditionary force will accompany the emigres, with rather more limited objectives i.e. seize at least one deep water harbour, capture and/or destroy as much shipping and merchandise as possible within the area of operations and generally play merry hell with the Frenchies’ ability to react effectively to the uprising and the emigre incursion. Obviously, capturing and seizing ships and merchandise will be preferred to sinking and burning....a little matter of prize money of course. Privately the British have little confidence in the potential for the expedition succeeding beyond their material objectives but with nearly 10000 emigres eating up supplies in England the expedition will at least get them away for a bit on a bit of an outing. Several of the British regiments (the Guards excepted) have been brought up to strength by volunteers from the Militia so are not 100% fit for active duty but needs must.  In the historical timeline the emigres army landed in Quiberon Bay, and were joined by Breton Chuoan insurgents. In my version the Quiberon landings go ahead but only as a diversion to be withdrawn once their objective of drawing French troops away from the Loire has been achieved. The main army has landed in a far more sensible place to the north of the Loire Estuary, the objectives being the cities of St Nazaire and Nantes and to link up with remains of the Catholic and Royal Army of the Vendee.

The forces being assembled are as follows: