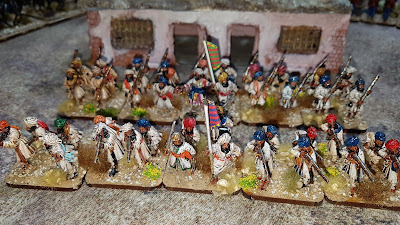 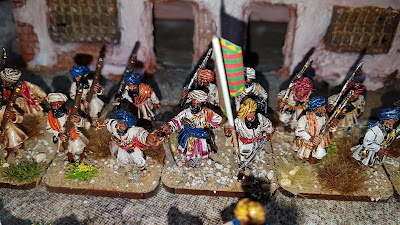 This week I've managed to finish two units of Sikh Feudal Infantry. According to the Osprey
book on the Sikh army these troops were trained, organised, uniformed  and armed exactly like the Fauj-i-ain regulars but with typical wargamers licence (and because i had the figures) I decided these two units would be more irregular in appearance, so maybe I should say they're from the Garrison Army, the Fauj-i-qilajat.

The castings are Foundry.  The pink building behind is from Caliver Books. I hate painting white clothes. I actually don’t like these units either.
By Colin Ashton - May 23, 2019