Gardner (not the bullock) was an American in the service of Ranjit Singh and the Khalsa after Ranjit’s death, and was a colonel of artillery. He was one of many adventurers who found themselves training the Khalsa, but most left (or were killed/murdered by their men) before the commencement of hostilities. He is a fascinating character who’s exploits may have provided the inspiration for Kipling’s The Man Who Would be King. Anyway, a potted biography of Gardner can be found here.

Always up for a challenge I thought I would have a go at painting up a figure dressed like in the photo above. Here is the result. Pretty dire I reckon but it’ll do as a lesson in not painting something as silly as this subject. 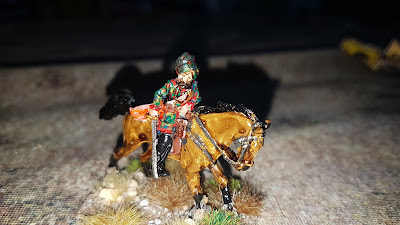 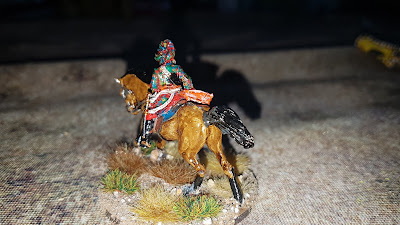 And finally, here is my bullock. Not in tartan. 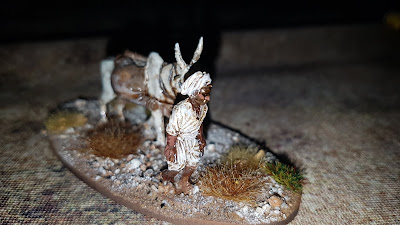 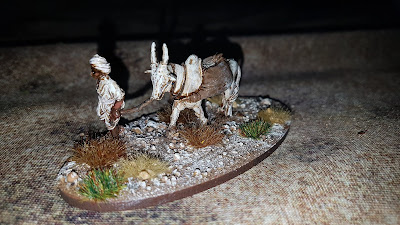