The Battle of Magnesia refought

On Saturday the lads come over for a big 28mm Ancient battle, courtesy of Steve who's figures they all were. Steve had set the game up on Friday evening after which we had a Persian takeaway which seemed appropriate. We used Hail Caesar, which was a first for us all although we were all familiar to a greater or lesser degree with the mechanics given the amount of Black Powder and Pike and Shot games played at The Burrow. I can't remember the last time I played a 28mm ancient game; probably in the 1980s when WRG 5th and 6th Editions were around when I owned  Carthaginian and Basilian Byzantine armies. Long gone now.

Back to the game. I claimed host’s privilege (I made that up as I had a plan) to chose which side to play, and elected to be Roman as there was likely to be more of a challenge (and my aforesaid plan). Paul and John (Eumenes of Pegamum) joined me on the left and right wings respectively, while Shaun, Richard and Dave were the Seleucids. (Shaun commanded the centre and assumed CinC responsibilities but Dave's figure on the right was actually Antiochus. Confused? So was I).

The Romans were going to be up against it as they were outnumered and the bulk of the Seleucid army were Phalangites or nasty Cataphracts. Our legionaries were good however and we had a couple of house rules that allowed the maniples a fair bit of freedom of manoeuvrability. For example they were allowed to withdrawn from melee unless shaken and be replaced by a supporting and hopefully fresh maniple, and this worked a treat.

The photos were all taken by Richard and may be slightly out of sequence which is my fault if anyone notices. The game was so intense that I don't really know what happened on the two flanks, except that Paul pretty much destroyed the Seleucid right, even the Cataphracts, killing Antiochus as well, while John drove off most of the enemy left before getting himself wounded, killing the Seleucid commander opposing him in the process. As Scipio I managed two blunders, thankfully in the right direction. First my velites charged forward three moves and drove off the enemy skirmishers, then both my legions did likewise, hitting several of the phalanxes. After some very hard-fought melees, some very fortunate saving rolls and some nifty switching of maniples half of the phalanxes were finally destroyed although not without heavy losses among the Romans as many of my maniples were on carrying several casualties and were shaken. 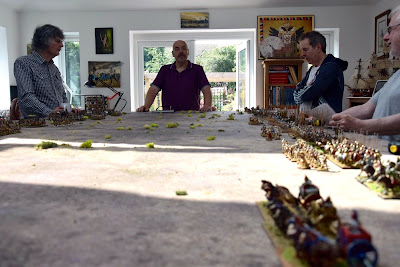 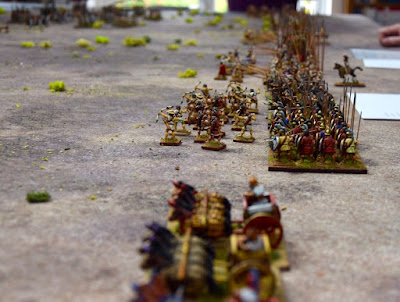 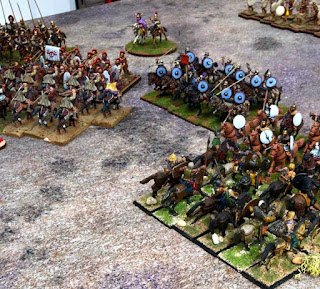 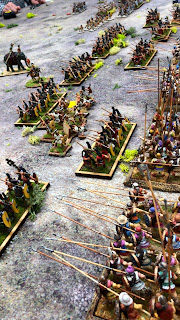 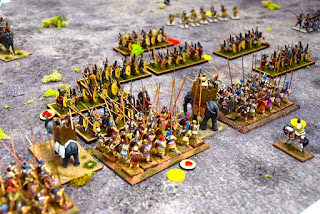 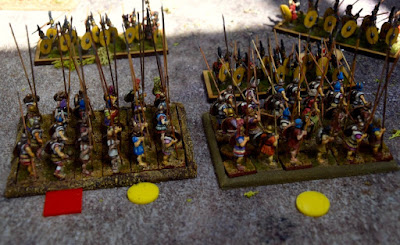 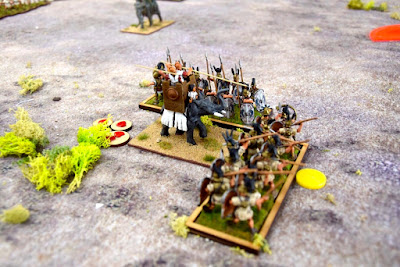 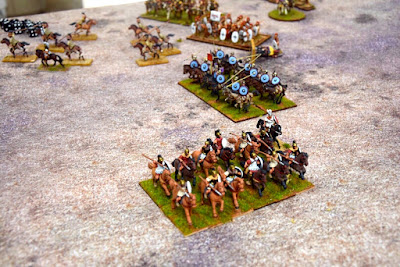 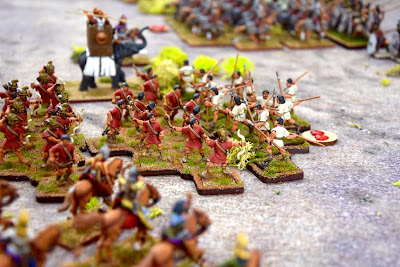 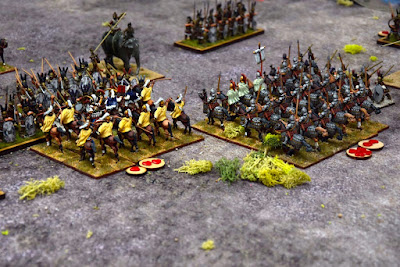 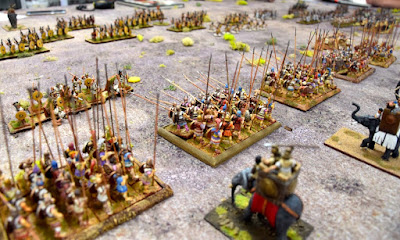 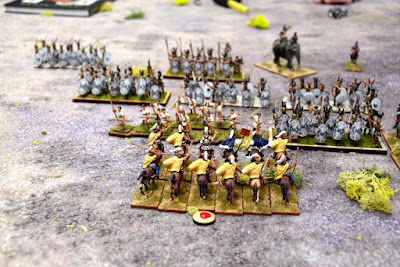 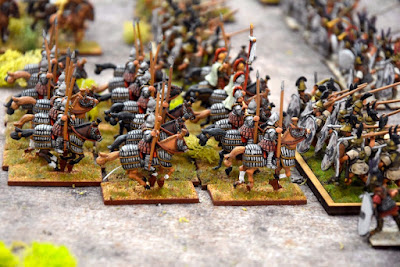 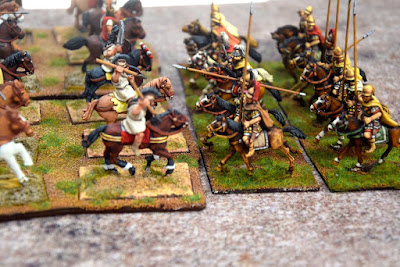 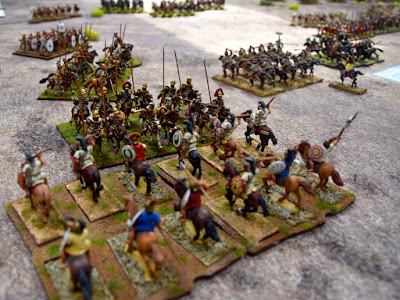 Saturday was of course a very hot day, even in Middlesbrough, perhaps fitting for a battle originally fought in the near east.  Steve's troops are fantastic looking and all involved had a great day gaming. Its a shame someone had to loose, but I'm glad it was the Seleucids. Thanks to Steve for bringing his toys and setting up on Friday and for the players who played like the gentlemen they are. (Especially poor Shaun and Dave who seemed doomed to throw high when low was needed and vice versa).