I was invited to take part in a game at the above event, namely Conrad’s 1867 Russian conquest of Bokhara or Samarkand or thereabouts.  Not a period I had ever played before. Most of the figures were conversions and many were specially commissioned from Irregular Miniatures. John the Red very kindly gave me a lift to Durham. The game first. I got to be the Russians, while Conrad and John took the Bokharans. Basically I heroically stood and let the enemy come to me. My Cossacks bravely held on against hoards of enemy cavalry on my right while on my left a single battalion beat off two successive attacks by even more enemy tribal cavalry, helped by some amazingly lucky saving rolls. The enemy infantry were all but halted in its tracks by my rifle fire although one of my battalions had to resort to a bayonet charge to see off one particularly stubborn unit of enemy regulars. Although a Russian battalion in the centre did break, the enemy army was shattered, with its cavalry broken and infantry unable to continue to fight. It was a really good game and much closer than the narrative would suggest. 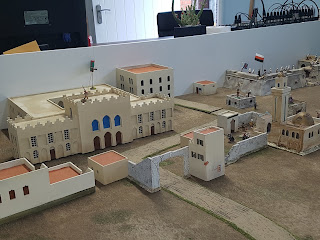 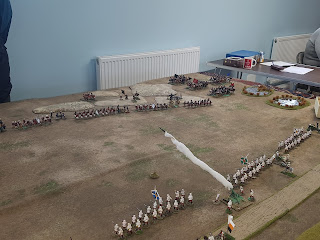 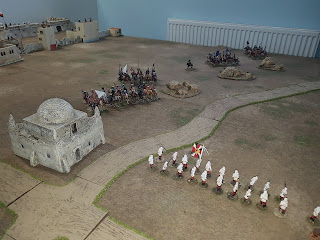 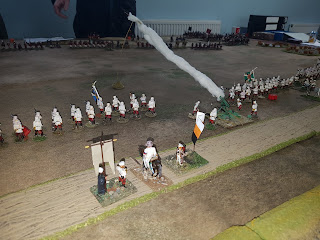 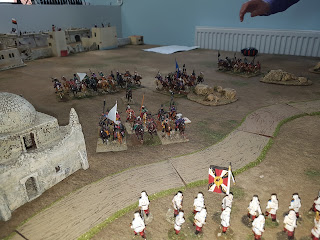 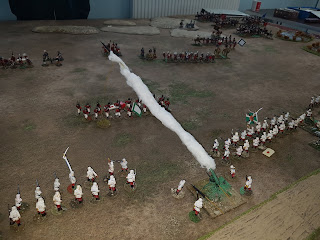 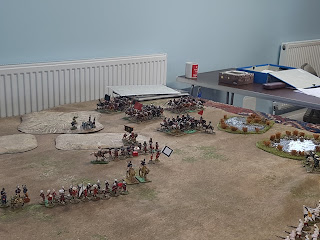 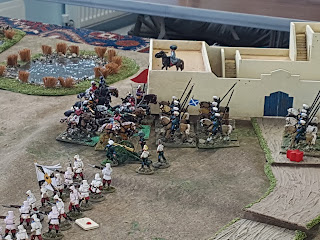 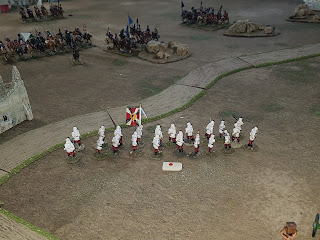 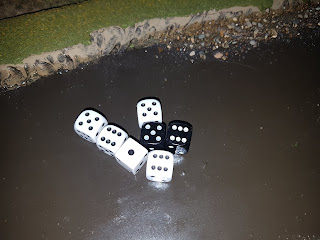 As for the show the unseasonally  dreadful cold, wet and windy weather probably kept some punters away as it was much  quieter than I remember from previous years. With the exception of Conrad’s game and another put on by Andy (OGUK) and his mates there were no other games that caught my eye. There was a 28mm Star Wars game, a Cruel Seas one (neither which float my boat) and some sort of zombie undead participation game but I don’t think there were any other games. There was an excellent static display of the Battle of Piercebridge from the English Civil War in 2mm scale and a talk by the Battlefields Trust on the Civil Wars in NE England. There were I think around Ten or so largely local traders, including Northumbrian Painting Services/Reiver Castings, Games of War, Irregular, Hoka Hey and Colonel Bills. Many seemed to be doing brisk business when I made my rounds so perhaps the perceived low footfall was offset by punters with deep pockets?

Now, I am not a current member of the DWG although I was for several decades, but I still have a great deal of loyalty to the club. I just think that in its current format and location the show has had its day. Does there need to be a rethink as to what the aim of the event is, and whether a different location and focus might be worthwhile? I know space is at a premium at the present venue but half a dozen more games would be a good starting point but that seems to go against the current thinking behind the event, but it is a warGAMES show. Or, does it matter and perhaps as I suspect is the case there are no viable alternatives? I don’t know. I do know that I wouldn’t have gone and stayed all day if I hadn’t been invited to play in Conrad’s game, but I’m glad I did as the game, the company and the banter was excellent and scratched my wargaming itch and will help keep my mojo running at full tilt for the time being. Full marks too for the lads at the club for organising the event and dealing with the elements, and  thanks for the warm welcome I received.