Well, the Late Romans I started just before Christmas last year have multiplied somewhat. Some 25-30 per cent were painted by my friend Barry, and I did the rest and based them all. Now, I decided I’d put each unit on a single base, to allow for my imagination to run riot on the scenics. Looking at them I think my imagination just ran off! I do like the single base approach; easier to move and store, and aesthetically quite pleasing. The bases are from The Big Red Bat shop, and I’m tempted to try out ‘To the Strongest’ at some point soon.

I’d originally planned on doing two Late Roman armies, which is still a possibility as this lot could be happily split into two. I’ve worked out the names of most of these units thanks to some really useful stuff on t’interwebby and plan to put little labels on each so I can keep track. My Roman commander Marcus Tulius Maximus Parmo is looking forward to taking the field soon. 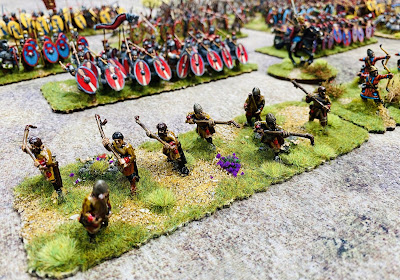 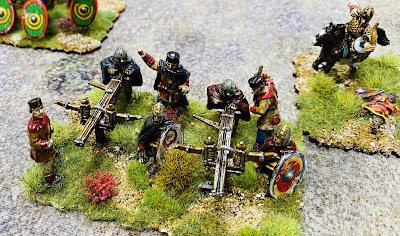 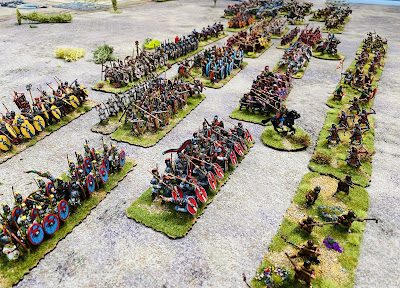 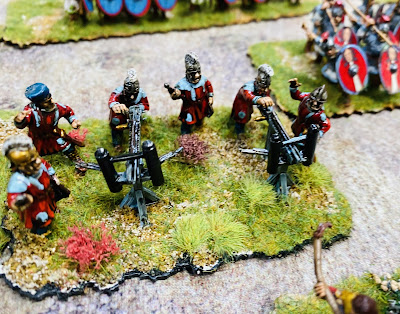 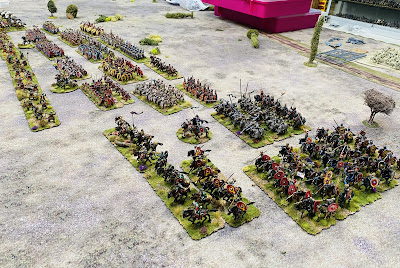 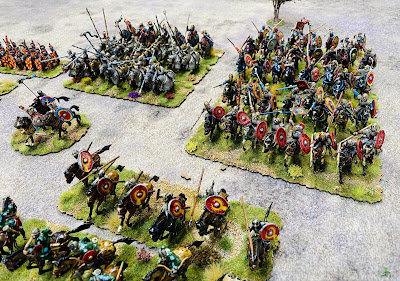 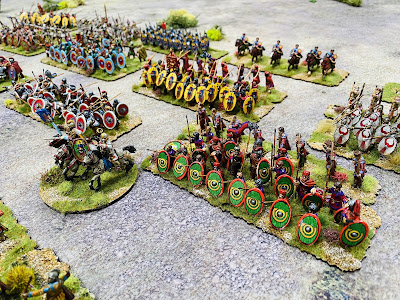 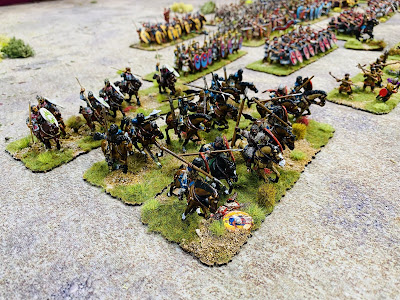 I’ve still got a few bits to finish, such as a couple more pieces of artillery, a few more generals and two more units of legionaries. Anything else  depends on what useful bits I have left on the zillions of Gripping Beast sprues.

I have also completed the first of my Ostrogoths (they could be Visigoths instead). So far half a dozen units of close order infantry and the same of archers and javelin men. Photos soon.