Carry on at the Apiary 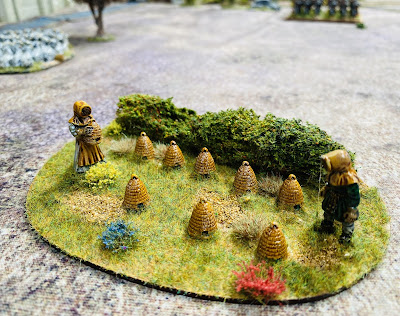 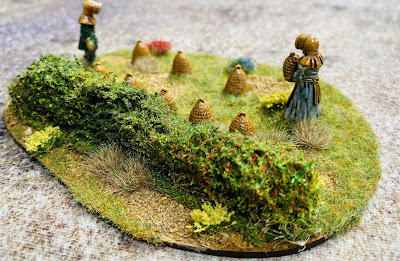 I came across these when surfing the net at stupid o'clock one day last week. Mmm? I thought, they'd look nice on the table as a little vignette thingy. They're from Midlam Miniatures and a rather nice I reckon. Oddly, I ordered both the male and female beekeepers and some hives, but received more of the latter than I'd requested. They must have been freebies! Aaargh that was bad.

Anyway, despite the rather average paint job (completed over the course of a couple of days using contract paints while other stuff dried) I like them. And they will do their bit tending the bees across many a battlefield and century.