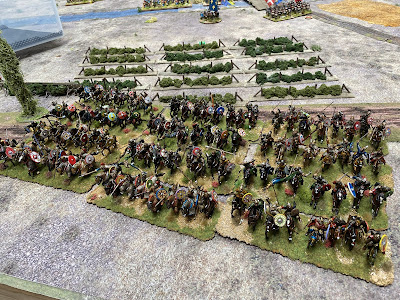 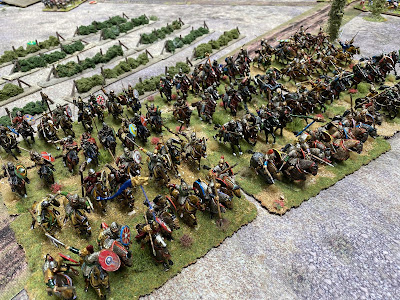 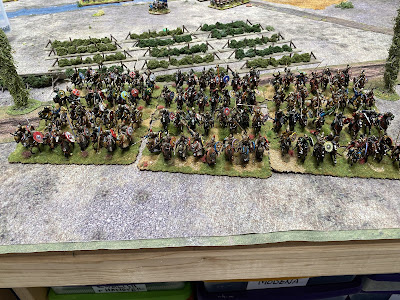 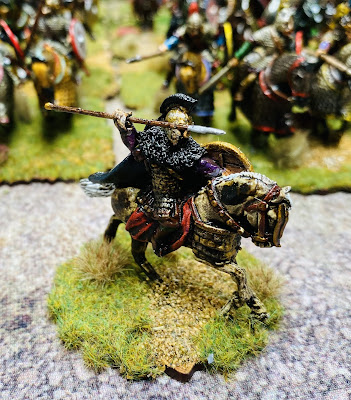 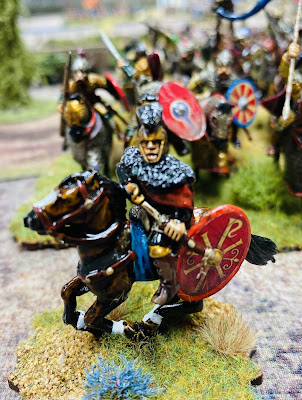 Not a parade of the entire army as such but just the cavalry. Three weeks ago I foolishly said on Facebook that I'd finish 48 Goth cavalry (six units) in a week. No surprise to me or anyone on the planet that I missed that goal by a mile, but I'm pleased to report that the last unit was completed this morning. I've managed to double the number of Goth cavalry I now have available, with 12 units in total. They look pretty menacing.

Also shown are two new commanders, one for the Goths and a lone Late Roman.