We are having a bit of a long weekend break in Edinburgh at the moment and purely by coincidence Claymore was on Saturday. What're the chances of that happening..........again?

We arrived at about 11:00 and got parked ok despite the fact that almost all the clearly signed disabled badge holders' parking spaces were occupied by traders' vans! Naughty? No. Thoughtless? Yes. Well, now I've alienated most of the traders onto the report.

The show seemed less busy than I remember it from the last time I went in 2015 but was spread over three rooms so maybe numbers and space were deceiving. Of the rooms, the Attrium was well lit and quite roomy, and not too warm. However the more you plunged into the depths of the campus buildings the darker and stickier (and stinkier) it got, so that by the time you got to room three, which housed the bring and buy and a maybe three of four traders, it was pretty unpleasant, as it was the poorest lit room with very little ventilation. This is NOT the fault of SELWG as overall the location for the event is pretty good, with relatively easy access, ample (ehem!) parking, somewhere to sit outside in the sunshine if you were so minded to digest your scotch pie and chips, and as far as the rooms in use were concerned, as the song goes, "two out of three ain't bad."

On to the trade. Excellent. Can't say more really. A very eclectic mix of all the big names (except Foundry) and many smaller vendors. I have to say that I didn't go with a very long shopping list (a couple of books/rule sets, a few bits of paint, basing materials and mdf bases) but I had arranged to collect a few odds and ends that was pre-ordered, as well as a couple of boxes of figures that I'd had painted for me. I did get 'bounced' by Angus Konstam on Friday when he said he had 32 Elite miniatures collectors' range Austrian FRW hussars that he was willing to take £45 for, that I don't really need, but a bargain is a bargain as that's barely half the basic metal price.

We had a really good natter with many good friends and acquaintances, and shared a wobbly table at lunchtime with Charles Grant and other members of the A Military Gentleman forum. I didn't get to speak with everyone I would have wished to but time was not on our side as usual.

Anyway, the games. With a handful of exceptions there was not a great deal that floated my boat. There were some pretty good looking games, but so many others that I, well, I just didn't like. The photos below are of some of the games I did find interesting and appealing for various reasons. If your game is not pictured it doesn't mean I didn't like it. 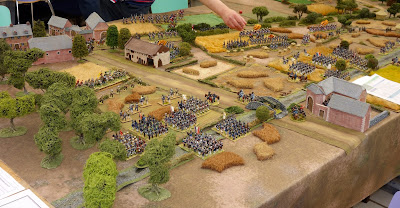 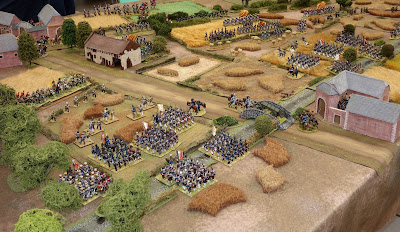 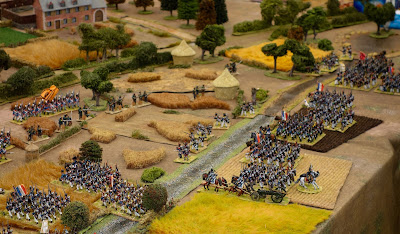 The top three are of a large and rather pretty Napoleonic game by the Border Reivers club.

The next one is of the game organised by the Iron Brigade gamers using their new ACW rules 'Bonnie Blue Flag'. I hear tell that the rules are very good, so I bought a set and will give them a good read through. 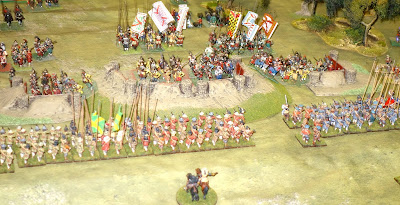 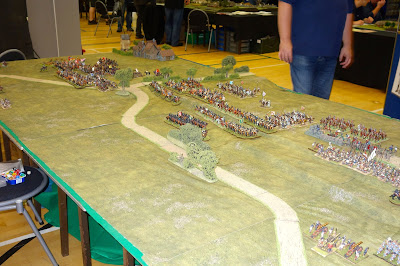 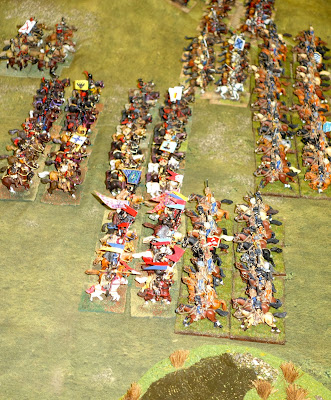 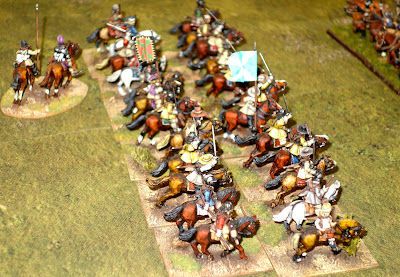 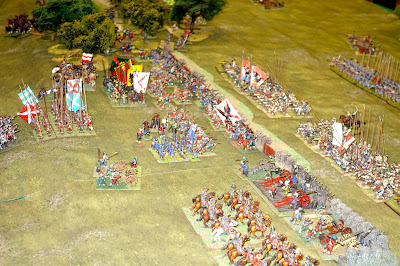 The next series of pictures are from the massive refight of Nordlingen in the 30 Years War, put on by the Durham Group. The figures were great and overall it was spectacular but maybe the terrain could have been dressed up a little with some wargames ephemera? I do like a bit of ephemera. 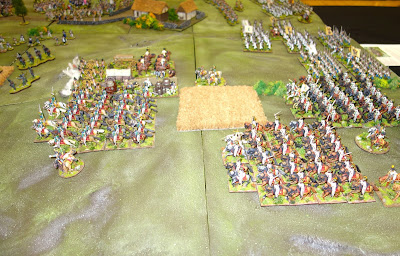 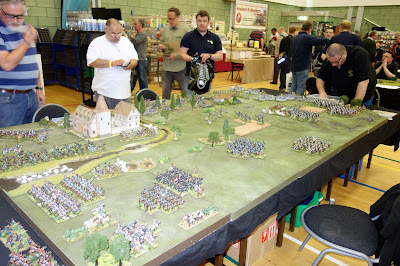 The League of Augsberg with not a floppy hat nor piker in sight, with some very large Napoleonic infantry and cavalry units. 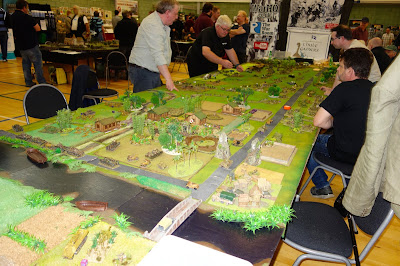 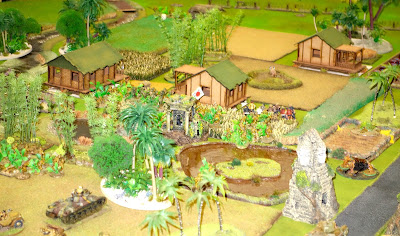 Finally, two shots of a large game put on by the guys from Shetland. When I first saw it advertised I wondered what the wargames potential might be for a scenario based around the Daphne du Morier book 'Rebecca' then I realised it was about the Road to Manderlay!

So, overall I had a good day out and got to chew the cud with the great and the good. I am probably too much a product of my 'age' and am not a big fan of the smaller games, some even without figures, that one sees at shows these days. And I like to feel that lots of effort has gone into a display game and that it doesn't just look like a 'typical' club night battle, but I am spoilt. Yeah, I like Darkest Africa and Back of Beyond (I even bought the 2nd edition of Setting the East Ablaze) but they're on the periphery of my main area of interest which is proper old fashioned big horse and musket (with the occasional pike) games.

Postscript: One of my more weird purchases on Saturday is a book about wargaming Balloon Warfare during the Revolutionary and Napoleonic Wars so watch this space. I was also sadly reminded that I have enough troops to field 28mm forces for just about everyone in the Seven Years War except the French! Now how did I miss that?