My crusade through the backlog of painted but not yet based figures continues and this morning I completed some more units for the French Revolutionary War project. The cavalry all need flags of course.


First we have a regiment of Saxon Cheveaulegers. The figures are from Casting Room Miniature's 1806 range but they will do nicely for the late 18th century too. 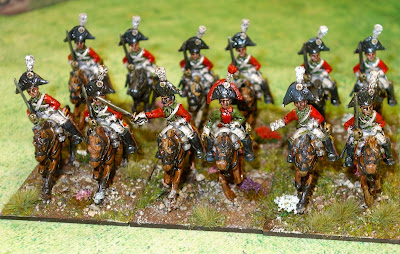 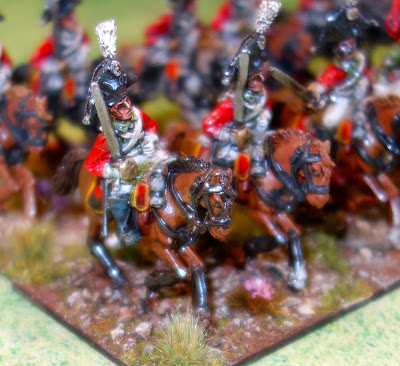 Next, and definitely for the War of the 1st Coalition in Flanders, a composite Household Cavalry regiment made up of a squadron each of the Life Guards and Horse Guards. I know the latter served in Flanders (and were even issued breastplates!) but I don't think the Life Guards did. Nevertheless, I thought they'd look good on the table. The figures are by Front Rank. 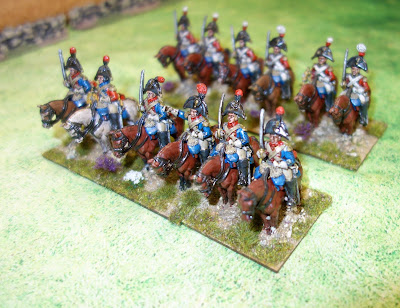 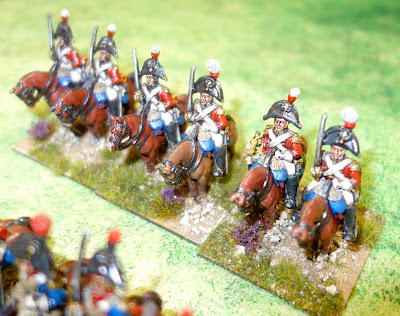 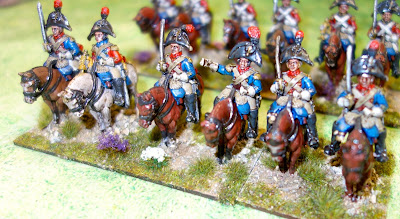 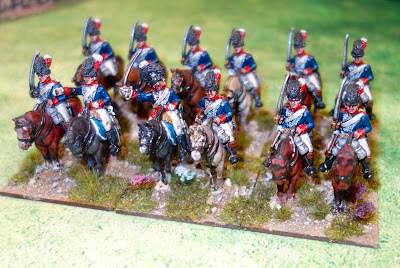 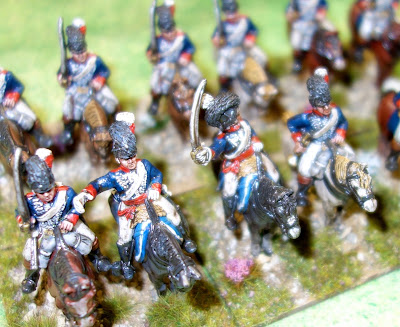 Finally I've managed to get my Austrian grenadiers based up. There are two battalions, the one on the right are Eureka and those on the left are weedy Foundry figures. I quite like the way they look although whether they'll be any good on the table is another matter. 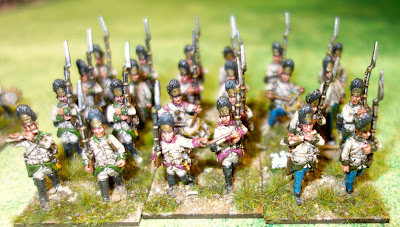 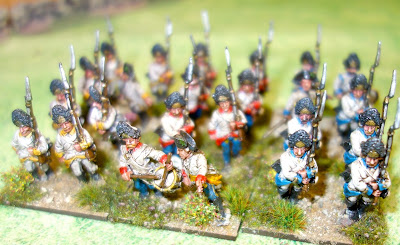 Now all I've got to do is finish off some limbers and guns for the English, French, Austrians and Russians.
By Colin Ashton - August 16, 2017