Just for a change some more new French, Emigre and Russian stuff

These are the promised Eureka (mostly) figures from a previous post. I didn't paint these, (they were done by Rob and Cheryl of Northumbria Painting Services at a ridiculously reasonable price per figure) but I based them up and added the flags, where they have one. So, what do we have?

Firstly, and by far my favourite, are the Moscow Dragoons for my Russian army of Czar Paul I. They didn't fight in Holland and weren't in Italy and Switzerland under Suvarov but they look great. 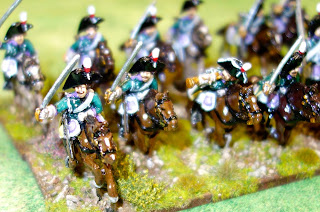 Next are the infantry of the Mirabeau Legion, composed of French emigres. Pretty cool uniforms. These figures are Perry 90th Foot from their Egyptian Campaign range but they'll do well enough. 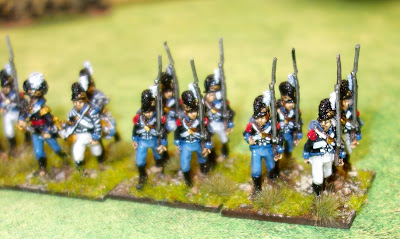 This battalion IS Eureka. A battalion of light infantry to bring my Demi-Brigade
Legere up to its full strength of three battalions. 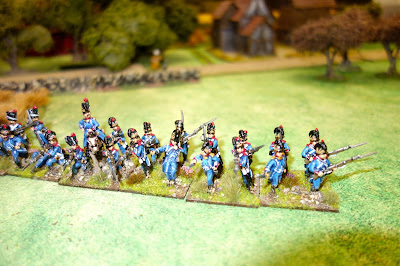 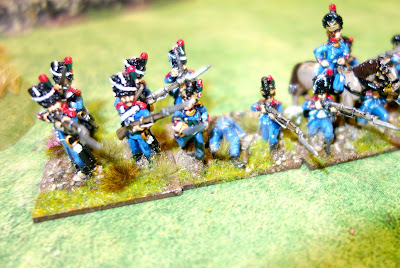 Finally, a raggedy battalion of tattered French infantry, again Eureka miniatures. I shall use them to bring my last as of yet incomplete Demi Brigades up to its full complement. 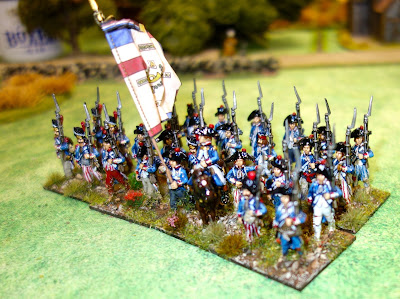 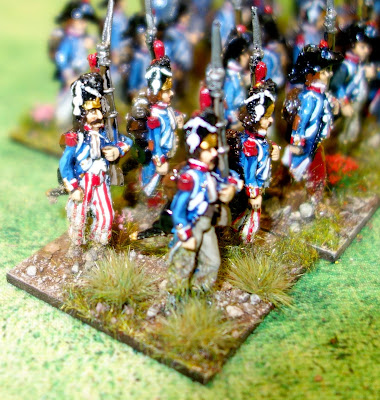 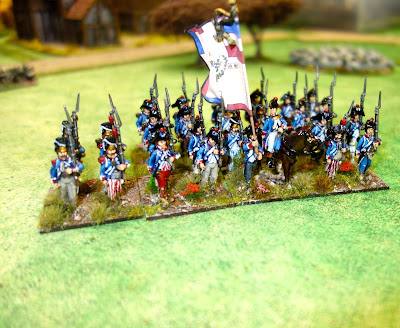 Next time we shall have some more emigres, maybe a few Austrians, and some British cavalry.
By Colin Ashton - August 12, 2017