A slight extravagance? The banner.

When my offer of a game at this year's Battleground was accepted I started to plan how I could make the game stand out in some way. I enlisted the help of my resident graphic/website designer Katherine and asked her to design a banner for me. 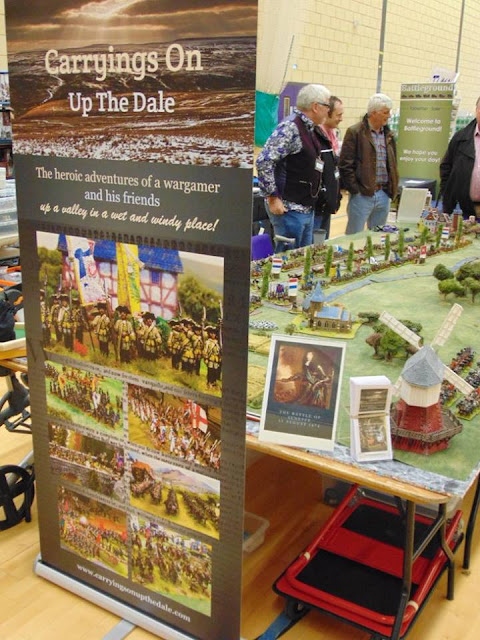 I selected a range of photos from my library in an attempt to display the wide range of periods I have collections for and play. Katherine selected the best and 'did stuff' to them before they were uploaded onto the Vistaprint template she'd already designed. I have to say that when the finished banner arrived a couple of days later we were all completely amazed at the quality of the product, and more so at the standard of the photographic reproduction. For example, the eight inch tall Saxons at the top are 28mm figures but they have been reproduced so clearly that you might never know.

The banner wasn't cheap but I am well pleased with it and look forward to displaying it again when the new man cave is officially opened and at any future demonstration game I might be asked to put on. I know I am on the list for Battleground 2018, by which time we shall have moved to merely 10 minutes away from where it will be held.

On another note entirely, today is the 260th anniversary of the Battle of Leuthen, which the guys and I will be playing tomorrow.
By Colin Ashton - December 05, 2017