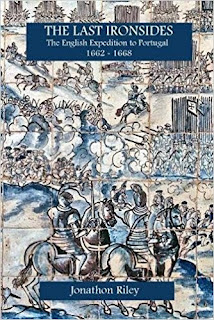 This is a campaign I was vaguely aware of but hadn’t really delved I to, despite being very interested in the Reformation period. The book brings to life the contextual and background, the preparations for the campaign, the people (including personalities who had made a name for themselves in Britain’s civil wars and the Commonwealth, or were to do so later under William of Orange), the logistical problems on campaign and the complicated social and political issues in such a way that , like the book I read about glue recently it was difficult to put down. What to do with the former New Model Army? The book describes the solution arrived at by Charles II. The amount of detail and information within these pages is impressive and very well referenced with some useful maps, especially for any wargamers interested in something different. The book is very readable, riveting in fact, and the narrative flows, and imho is what brings this rather (very?) obscure but dramatic period in British military history out of obscurity, at least for me. Highly recommended. Available from Helion Publishing.
By Colin Ashton - December 11, 2017