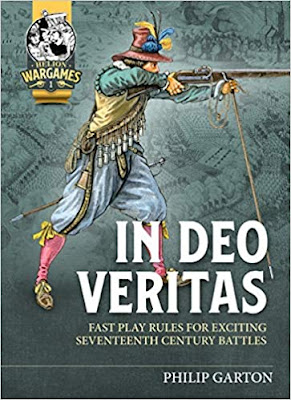 As the title says, my first impression on seeing this rule set was good. It would have been too easy to say “Oh no, another set of English Civil War rules!” Not so. Having read through them a few times my positive first impression remains unchanged. I’ve not used them yet due to the present ‘Great Confinement’ but don’t expect them to be difficult to get the hang of once the mechanisms have been committed to what passes for my memory. Most importantly I do like the fact that they’re not wall-to-wall photos with a few rules tucked in around the pictures and costing three times as much!

The rules are well laid out, and the index and larger than normal font makes a big difference  in navigating ones way through them. The  mechanisms are easy to follow, with a minimum of charts and tables. They certainly don’t appear to be especially complex. My earlier comment notwithstanding the booklet is well supplied with nice colour photos of figures in action, and illustrating elements of the rules.

For me the scenarios included towards the end are of particular interest. I don’t own an ECW collection but do have other 17th century armies so I am keen to give them a try to see how well they provide a fast and simple game with the correct 17thC feel about them. So, well worth getting hold of. Recommended.
By Colin Ashton - April 06, 2020