It’s over 30 years since I owned an Ancient army. There was a time when that was all I had, be they Carthaginians, Byzantines or Crusaders.  I’ve played a few Ancients games over the past couple of years, mostly remotely thanks to the lockdown and quite enjoyed them. I have a penchant for Late Romans, so when I saw Gripping Beast’s Christmas multiple box offer I went for it. I plan to do enough Roman units for a good-sized civil war type game, plus some Goths. 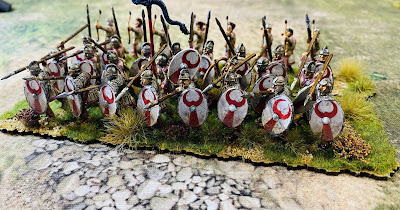 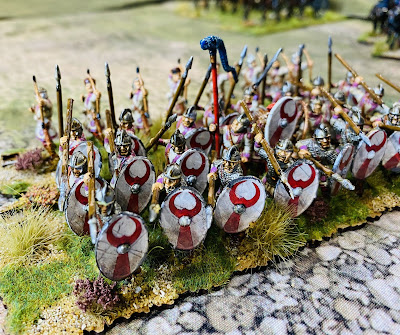 I actually didn’t mind having to stick the figures together, and even though it was reminiscent of when I was in my Warhammer Fantasy phase, I have yet to loose either any fingers or the will to live.
Anyway here they are. I’ve put them on a single base for effect rather than for any specific rules requirements ,as it looks good and is easier to move around the table and store. I’ve left the archers separate so they can operate separately if indeed that’s what they did.
I’m well though a unit of cataphracts and another of light cavalry, and expect to get them finished by the end of the weekend.
No games for me this week or on Saturday for various reasons but I am hoping to put something on during next week sometime.
By Colin Ashton - January 28, 2021