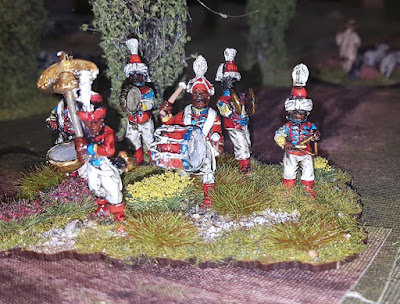 These figures are from Trent Miniatures, I think from their late 18th century Wars in the Caribbean range.They're rather splendid I think only spoilt by my average paint job. African bandsmen were quite a common feature in many armies, and have been before and since. These chaps are currently attached to my 1793 Hanoverian forces battling with the French in the Austrian Netherlands. Rock On!