I wanted to keep some momentum going in our FRW campaign as there are several battles to fight or likely to happen soon in campaign time. I set up the second day of the action at Hondschoote, which involved reorienting the battle field slightly, and asked the commanders for general orders after sending them photos of the table and dispositions (that they would be able to see from horseback or atop a windmill etc). As you can see from the photos the Hanoverians and Hessians in and around Hondschoote face the French from the West and the East, with the North effectively blocked off as there is a canal(off table)  running the full length of the table with only a single small bridge crossing it for miles in either direction.

I played turns 1 and 2 last night and turns 3, 4 and 5 this afternoon, sending emails and photos at the end of each turn, allowing the commanders to respond or change orders should they wish. I’m afraid I was pretty ruthless as I didn’t wait too long for responses before carrying on with the next turn. Fog of War and all that!

I don't want to give too much away to the players involved so there's little in the way of commentary. That will come when the battle is over. 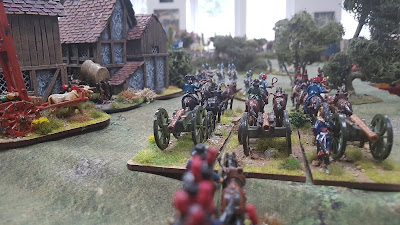 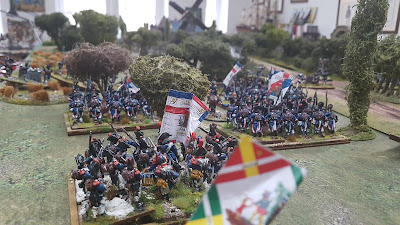 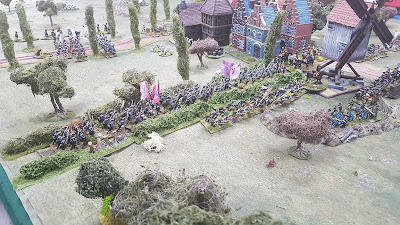 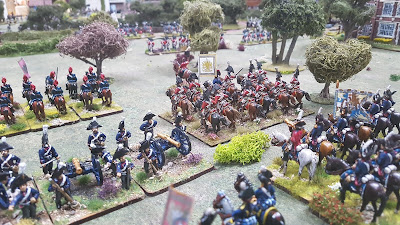 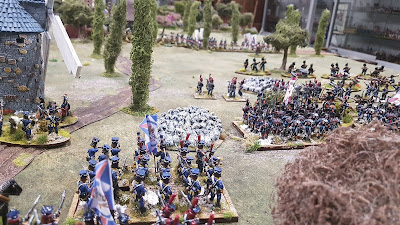 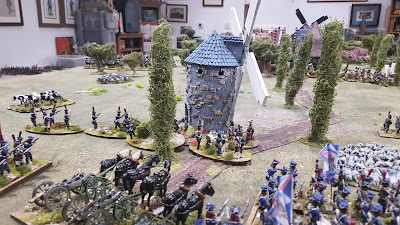 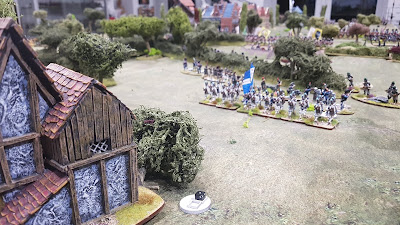 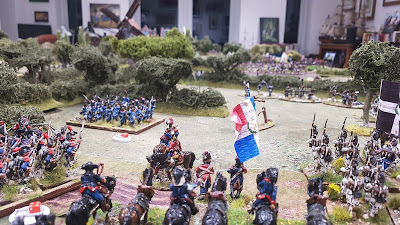 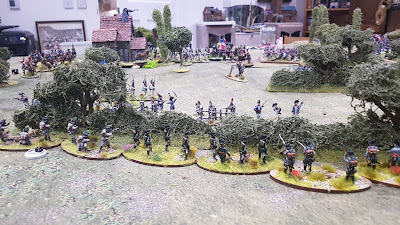 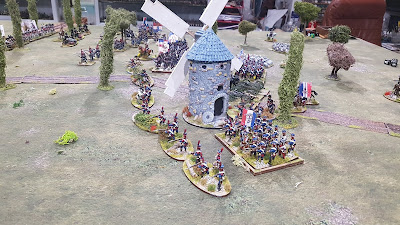 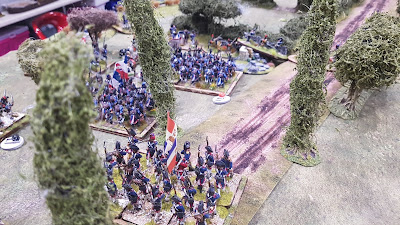 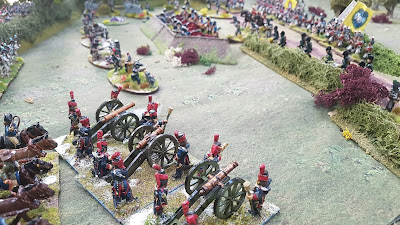 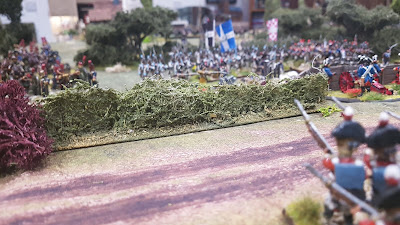 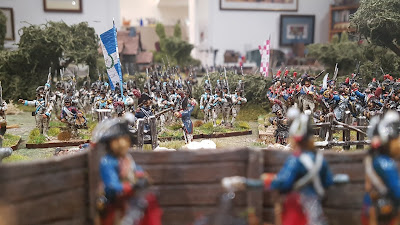 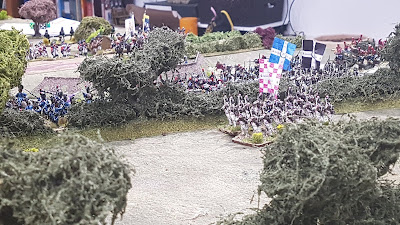 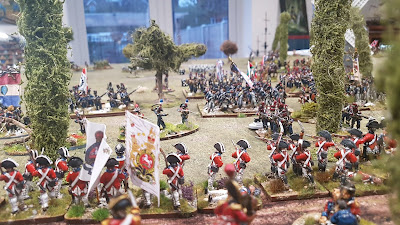 I was using General d'Armee as is now usual. Great fun, especially when the ADCs weren't there when needed and some dire activation throws buggered up the action for both sides. In one turn, with a combined total of 12 possible ADCs, I managed to get three and that included the free one for one of the commanders who was classed as superior or whatever! Initiative rolls were also frustrating. The Hanoverians threw a 5 in T2. What did the French throw? Snake Eyes!

So, without giving anything away I shall only say that it could still go either way even though the Hanoverians (by and large the better troops) are the jam in the sandwich. We shall see. I just need von Freytag to update me on his plans and for Jourdan and Houchard to try and get it together.

Next turn or two after lunch.