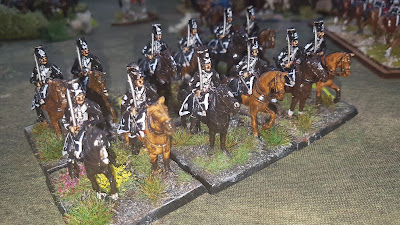 Formerly RSM Seven Years War Prussian Hussars.  I decided I didn't need a hussar regiment of 36 figures in my Prussian SYW army so added a load more skulls to this dozen, tidied them up a bit, and hey presto! The unit was never especially large but in my universe it is. Must admit they look better this way than in their previous uniform. 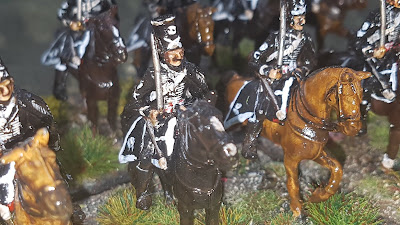 They've already been in action in the FRW campaign and will be again very soon.
Posted by Colin Ashton at 3:33 pm