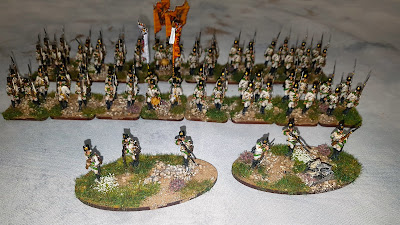 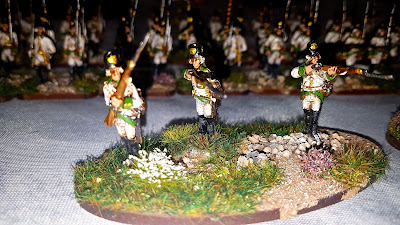 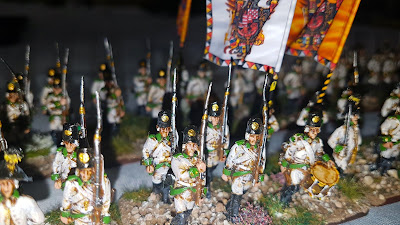 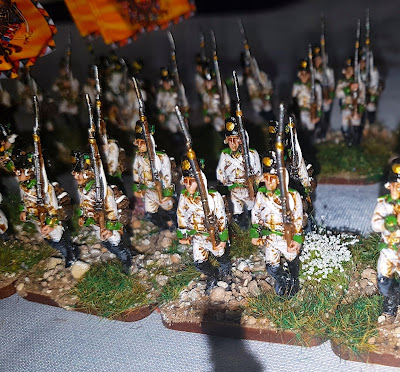 Latest out of the basing department are two battalions of French Revolutionary Wars Austrian infantry produced by "Revolutionary Armies" at http://emperortoadsemporium.com . I signed up to their Kickstarter for the three battalion deal (24 figs each plus some firing line), which enabled me to produce two battalions at my preferred size of 32 figures each. I think the castings really quite the bee's knees. They fit in well with the rest of my collection, but can they fight? The figures were painted by Barry and based by me. Flags are from Adolfo Ramos.
By Colin Ashton - December 11, 2018