One advantage of my system for ploughing through the lead mountain is that with half a dozen units on the go at any one time (and full rather than partial ones) is that every so often said system starts chucking out loads of stuff almost all at once. And when my mojo wanes for a week or so every now and then I’m fortunate enough to have as couple of friends who paint stuff for me leaving the basing for me. 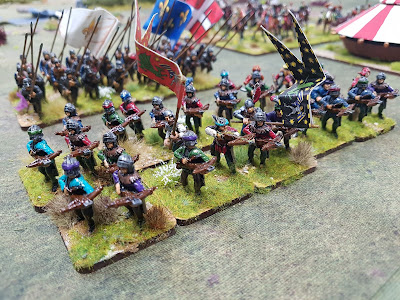 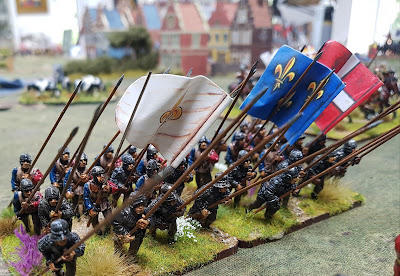 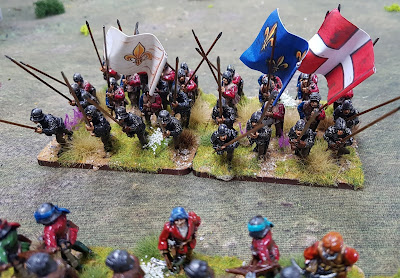 That's a rather long winded way of introducing today's output shown above,  which is a block of French pikemen (flags need adding to still) and a unit  (or two?) of Gascon crossbowmen.  I think they're all Perry.

And yes, I am in the middle of mustering a French force to join the Papal, Spanish, Venetian and and sundry other odds n sods like the Florentines.

Hopefully I will have another couple of units to show tomorrow if I can get them based up and flagged.
By Colin Ashton - July 07, 2020