I went to the club in Durham for the first time since before the COVID lockdown last week. Richard was putting on a Black Seas game, using British and American ships for the War of 1812. I’ve always been interested in naval wargaming but have previously found the rules gave me a headache due to their complexity.

Here’s a few photos of the game, with American privateers and USN brigs trying to break out of the Chesapeake, covered by a swarm of gunboats and a frigate. The inshore squadron from the Royal Navy comprised a frigate, several sloops or brigs and in the distance bearing down on the action to cut off our escape a 74 gun ship of the line! 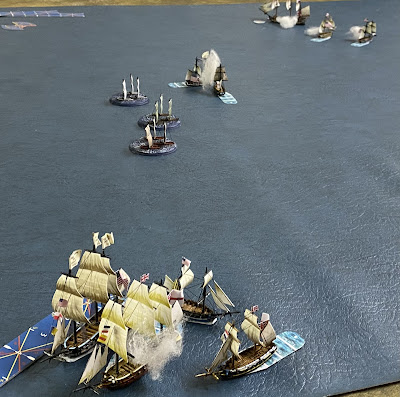 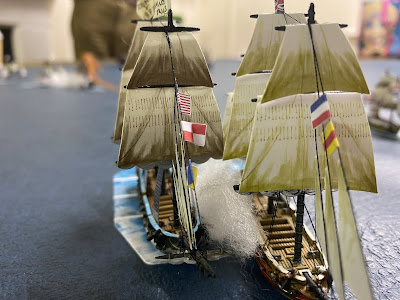 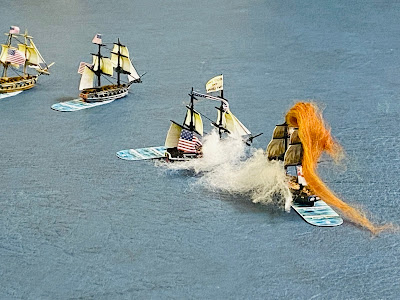 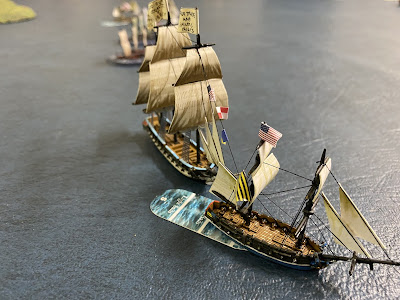 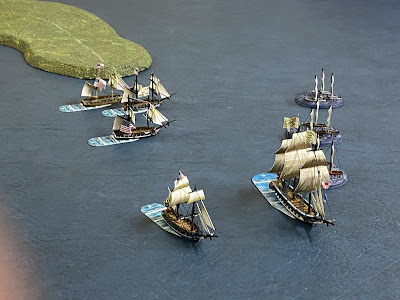 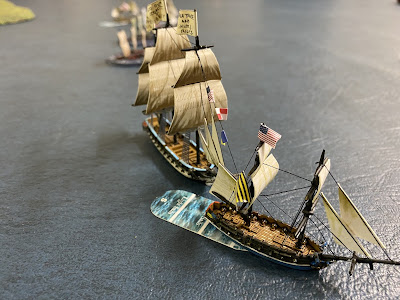 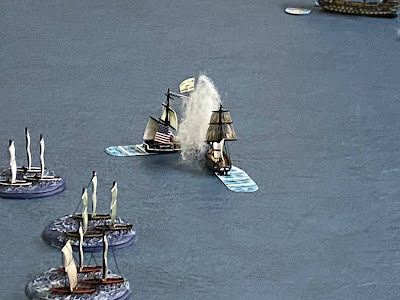 I enjoyed the game, especially as our side (the Americans) managed a win, despite a couple of ships (including my frigate) striking their colours, although the RN also lost a couple of ships as well. Three of our ships escaped. My frigate took possession of the RN frigate which had struck, only for my frigate to strike the next turn. I don’t know how that would pan out.

I think it’s best to suspend belief and ignore what you might know or think you know about the war at sea during the Napoleonic era but once you’ve done that the actual game is good fun. The 74 had a broadside not much more than the frigates or brigs, two of which slipped past without suffering any damage, which is obviously wrong but hey! I might even buy myself a ship.

The ships are all Warlord models from Richard’s collection.