We started this campaign a few weeks ago and have now completed turn II. Mixed amount of activity has been displayed by the players, which is fine, but evens did ratchet up a notch when I threw for the monthly random event (under National Lottery-like security). Richard had the dubious honour of his troops electing him as emperor, pinning the proverbial target on his back.

I’ve produced a little newsletter for the players so thought I’d include Issue I, Mensis Martius, of the Asienus Gladiator, here. Click on the pictures to enlarge them further. 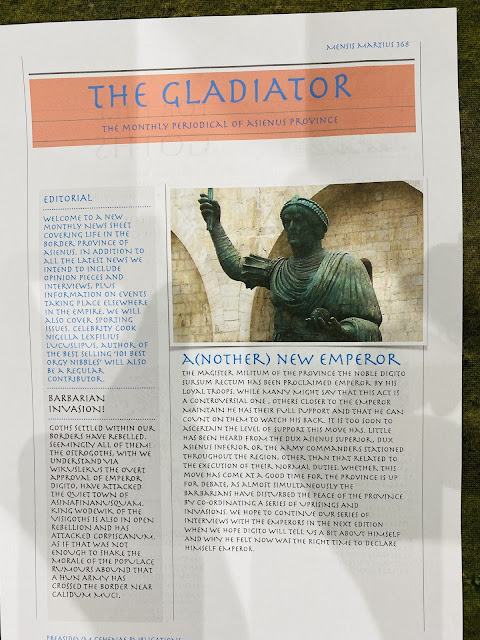 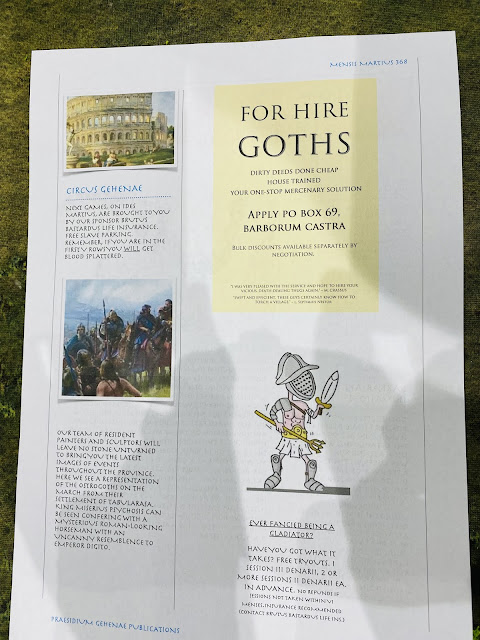 We have the first battle of the campaign on Saturday so I shall write it up here when it’s over.