I trundled along to my favourite show of the year, if only because it’s only a few minutes drive from home. I wasn’t putting a demo game on this year as my spinal problems effectively prevent it, and would also impact on the quality of the game, which I wouldn’t want.

Anyway, Conrad and several other frequent attendees at the Burrow were putting a game on under the Durham Wargames Group banner, of which more later.

This show has free entry and very good and cheap hot and cold refreshments, this maximising the pennies available to buy wargaming stuff. The traders who attended represented a good cross section of local and national manufacturers and re-sellers, although Murphy’s Law being what it is the two local traders I really wanted to see were absent. Never mind. After staring at all the empty shelving on the Last Valley stand I enjoyed browsing rather than buying, and took in some of the games. The photos below are simply ones taken at random during the couple of hours I was there. If I missed someone, which I must have, it was nothing to do with the game. 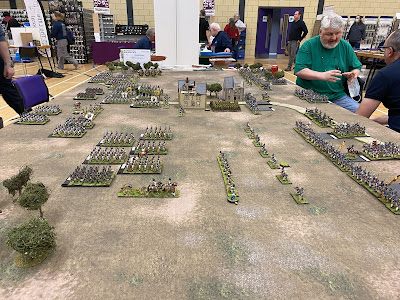 Border Reivers put on a colourful Napoleonic from the 1809 campaign, with Austrians facing an assortment of French and their German allies. 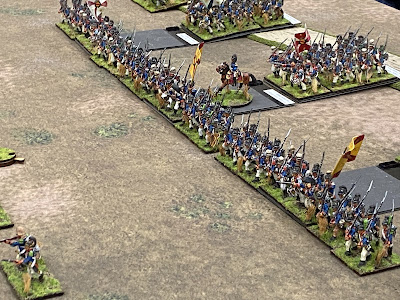 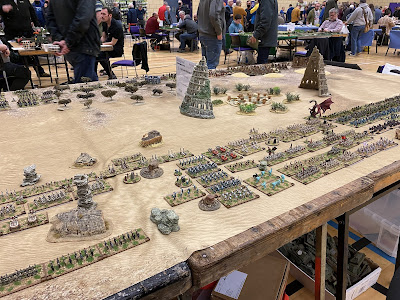 This looked very impressive from a distance, and close up to be fair. Fantasy is not my cup of tea but it was big and colourful. 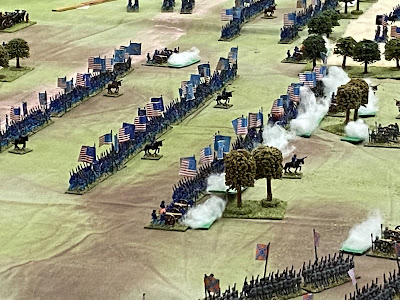 The Westerhope Club put on an ACW in “Warlord Scale” (13.5mm or something bizarre). It looked very nice indeed and were it not for the fact that all the add-ones you might want for your armies, eg zouaves, run quite expensive I might be interested. 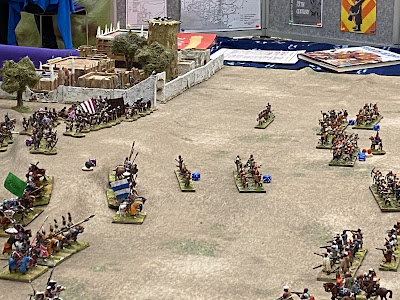 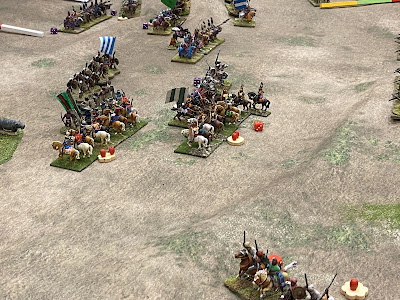 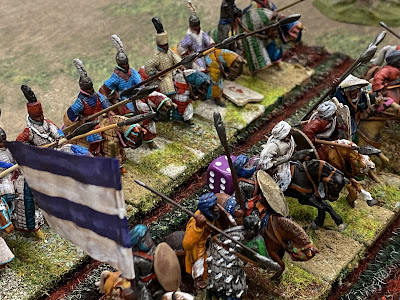 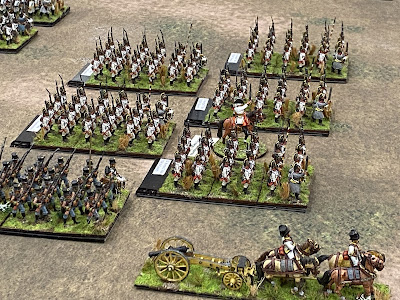 Another photo of the Border Reivers game 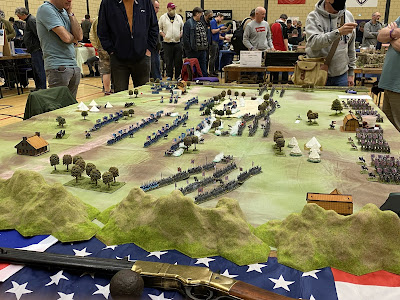 …and a final shot of the Westerhope  ACW  game.
There were loads of other games that would have also merited a photo but as I said, I wasn’t in a photo frame of mind, and I’m sure other bloggers will have more.
A good show, and I met up with plenty of people I’ve not seen for quite a while and only bought an MDF building and two second hand books. I even got home in time to watch the England v South Africa match.
By Colin Ashton - November 23, 2021