The last offering this week is a 12 figure unit of Prussian Cuirassiers together with an assortment of battalion guns. 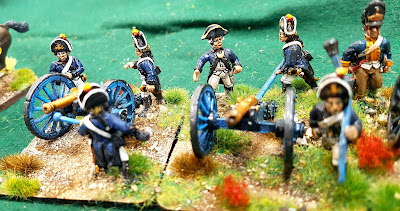 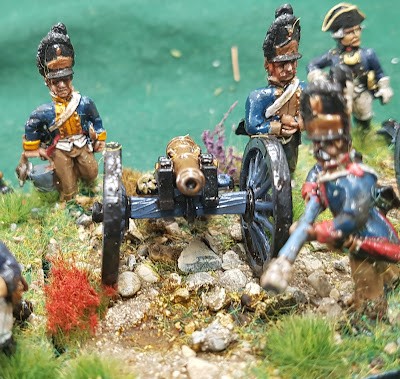 I've not yet worked out how I will deploy the guns in a game, but I will probably attach one to each infantry brigade as a visual reminder that each battalion has battalions guns attached, which in Black Powder gives them an extra firing dice (Well thats what I do anyway). Or, I could still attach them to each brigade and give each cannon stats of 1/1/0 and a range of 24" and don't give the infantry units the extra firing dice, which on thinking about it might make them too tough. 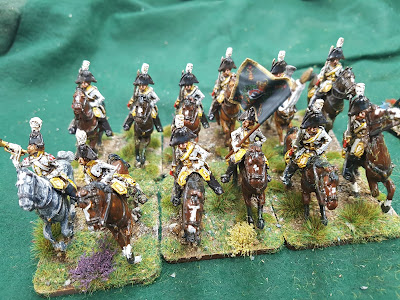 The cuirassier regiment was painted by my friend Barry. I'm sure he will be glad to read that I have just ordered some extra cuirassier figures off Elite to bring this regiment and the one featured yesterday up to 30 figures, in five squadrons of six. The flags are by Adolfo Ramos (€6.20 each fully assembled) and the basing is by me.

I am going to start basing my large (36) Dragoon regiment this afternoon/evening so they ought to make an appearance by the end of the weekend.