Several years ago I picked these figures up off a friend and they remained in a box until rediscovered during the house move. Now that I am working on an 1806 project I thought they should be based up and put into barracks in readiness for their first battle. As the title of this post suggests however, these figures are wearing the uniform worn by the Prussian army during the War of the 1st Coalition, e.g. very silly hats. 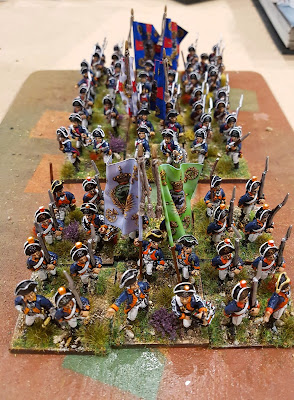 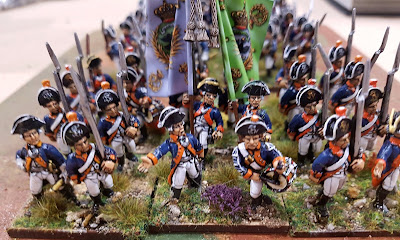 These figures are old Foundry from their early Prussian Napoleonic range (might be under Casting Room Miniatures now). The range, as with many, not just of Foundry's but also of many larger (for some reason?) manufacturers is incomplete but they are very nice if a little on the short side. 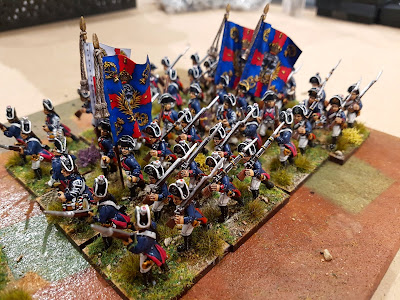 These three battalions will form a small brigade on their own in the army with two other Foundry battalions. I plan to use them for both 1792 and 1806; in fact I will be using the 1806 figures for 1792! Why not? 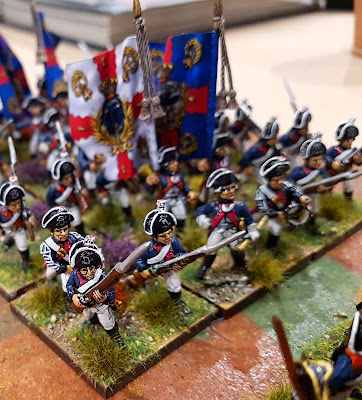 I only have another 16 Prussian infantry battalions to base up and I'm done! I should be able to manage four a day so not long now till the end. Whooppeee!
By Colin Ashton - April 10, 2018